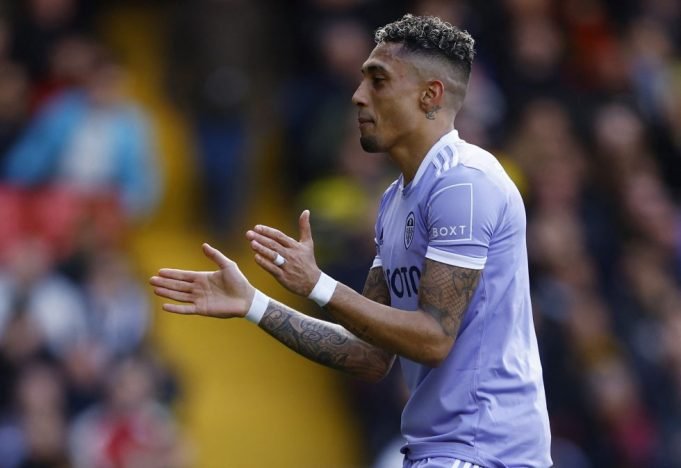 Raphinha will be desperate to prove himself at the highest level.

Leeds winger Raphinha is on the radar of top European clubs but he is only interested in a move to Barcelona amid interest from Chelsea.

The Brazilian is becoming a revelation since joining Leeds in 2020. The Whites are in the Premier League, only escaping relegation on the final day, so it appears some of their key players could be moving on to progress their careers.

According to SPORT, Raphinha is on the radar of Chelsea, Arsenal, Tottenham, and Barcelona. Meanwhile, the report also adds that Raphinha isn’t interested in a move to another Premier League side.

The 25-year-old will be desperate to prove himself at the highest level to give himself a chance of securing a place in the Brazil squad considering the World Cup few months away in Qatar.

Two Premier League clubs are the frontrunners. Arsenal failed to qualify for the Champions League last season so they might lose the advantage. Chelsea struggled to keep up with Manchester City and Liverpool in the race for the Premier League title. Barcelona had a positive impact in the second half of the season and they are doing great under Xavi.