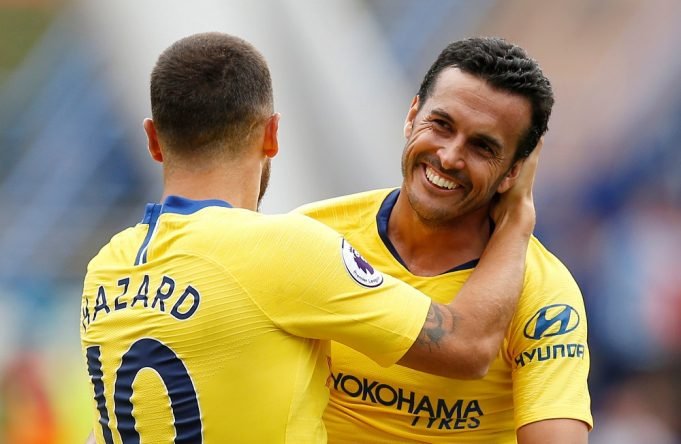 The Belgian has started the new campaign very strongly

Pedro believes Hazard is in the same bracket as La Liga star Lionel Messi. The Spaniard used to play with the Argentine together when he was at Barcelona.

He said as quoted by Mirror: “It is obvious that Eden Hazard is in the three, four players that are the best in the world like Leo, Cristiano Ronaldo , Neymar, Eden.

“Because Eden every year, you show your football and your numbers – score goals, assists, play a lot of minutes, play very good.

“I don’t know, maybe in a few years Eden can win the golden ball or another thing because he is a very good player.

“He is a big star. It is very good for the us that Eden is in good form with good confidence, doesn’t lose ball, is dribbling very good, score goals.

“It is a very good help for the team and when this guy plays like this he is very difficult to stop.”