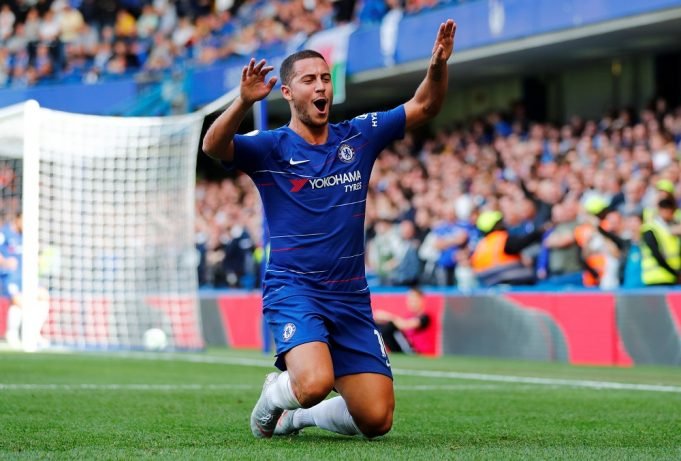 Maurizio Sarr admitted earlier he might be the best player in Europe and claimed that he can score 40 goals this season.

But Sky Sports verdict and Chelsea fan Paul Merson believes Hazard can’t score that figure because goalscoring is not his natural game and reckons he prefers assisting his teammates.

Merson said as quoted by Express Sports: “No. He’s not one of them players if I’m being honest. He’s more of a provider than a goalscorer.

“I think he gets as much enjoyment out of setting people up than scoring goals, do you know what I mean? Forty is a big ask.

“I know (Mohamed) Salah did it but to do that, that’s some going.