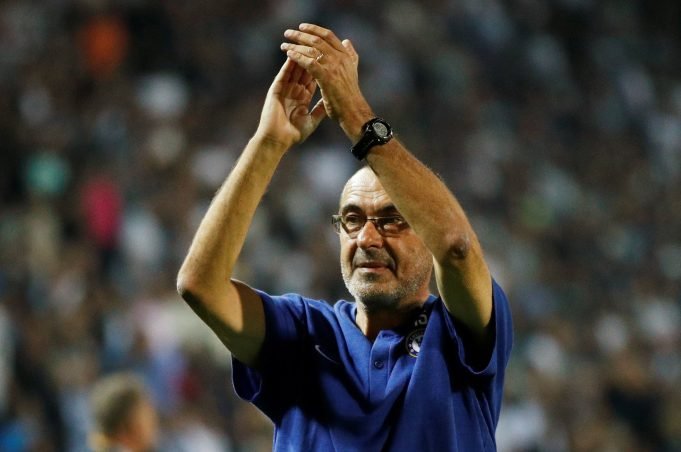 Chelsea boss Maurizio Sarri said that he will have to bench more star players for Europa League games as the season progresses because of the hectic schedule of English football.

Chelsea fielded quite a strong squad in their Europa League opener against PAOK with only Eden Hazard, David Luiz and Mateo Kovacic missing.

Sarri said, “As you know, for an English team, it is very difficult to play in the Europa League with the Premier League rules. In Italy, it is different. In Italy, after this match, we would play for sure on Monday night.

In England, we cannot ask this, so we have to play after 64 hours.  It’s not so easy. In this moment, maybe it is not a great problem, because we have played only six matches.Maybe in two, three or four months, it will be a problem.

First of all, I hope to be in the Europa League in three or four months. Maybe then I have to rest many players on Thursdays… five, six, seven at a time.”

Chelsea have won all six of their matches this season under Sarri. In Sarri’s first season with Napoli, they won only one of their first five Serie A matches and were out of the top 10 for 5 weeks.

The Italian said, “I didn’t expect that when I came to England. I am surprised. In Naples, the first month was very difficult. Of course, I know that the Premier League is very competitive. I know that, in the future, probably, I will have to face more difficulties.”

Chelsea hope to register their 6th straight Premier League win today when they face West Ham. About the match, Sarri said, “They are a very good team. I think the position in the table of West Ham is not reality.”