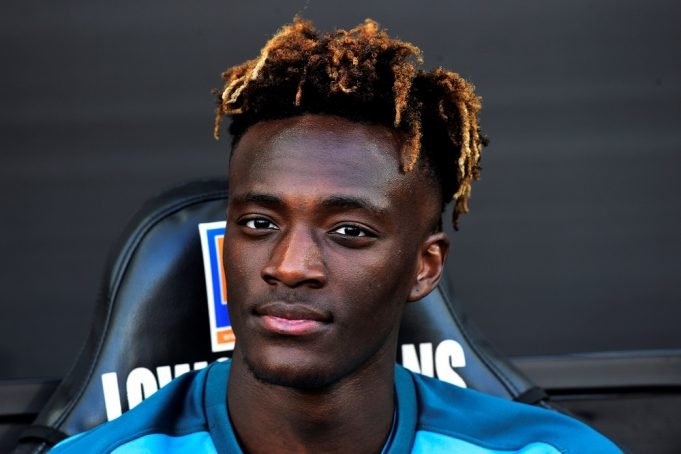 The player revealed that he wanted more first team football

Chelsea youngster Tammy Abraham has joined Aston Villa on loan until the end of the season.

“I’m excited for this new chapter,” the striker told Villa’s official website as quoted by Goal.

“Aston Villa are a big club that belongs in the Premier League and I’m here to help them achieve that.

“At this stage of my career, I need games and this is a great place for me to come and showcase my talent. I can’t wait to get started.”

The 20 year old came through the academy ranks of the Blues and made his senior debut for the club back in 2016. However, he was loaned to the championship side Bristol city, where he impressed and scored 23 goals in 41 championship appearances.

He was again loaned to Swansea City last season, where he scored 5 goals in 31 appearances. But couldn’t stop them from getting relegated.

The player was also called into the Senior England squad last year but couldn’t get a place in this year’s World Cup.

The England International was expected to leave the London outfit this summer as the club already have Alvaro Morata and Olivier Giroud as strikers option.

Abraham also revealed that Chelsea wanted him to stay this season but he wanted more first team football to continue his progress.

He said: “It started off from the end of last season where Chelsea did say I’d be involved in their team and squad.

“That’s the reason why I said no to teams that came from abroad and the Premier League as well, but towards the end, I found that I need to play games and need to play football, and looking at a team like Aston Villa, who I believe should be in the Premier League, it’s a great chance for me to come out and showcase myself here.

“It’s a situation where I want to be in a team where I believe strongly in the team and just be in a good environment enjoying myself again.

“Hopefully that can be this place and I can take them to the Premier League.”