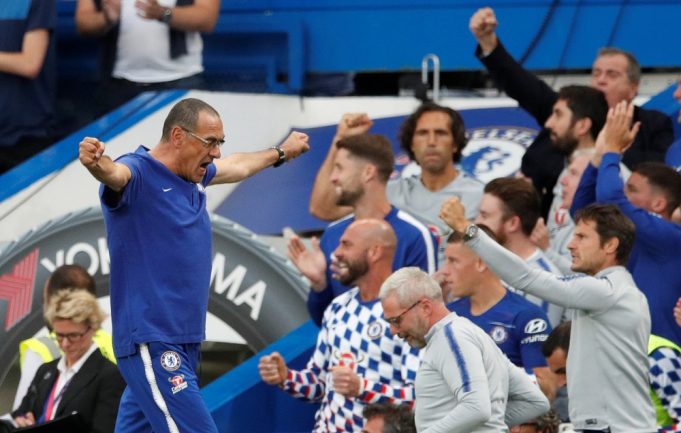 Conte was expected to leave the club this summer after his fallout with few players last season. The club also struggled last season under him as they finished 5th in the Premier League and resulting in missing the Champions League football this season.

They will face Bournemouth in their upcoming Premier League match and will look to extend their winning form before the International break begins.

Italy legend Beppe Bergomi has revealed why Chelsea players love Sarri more than Conte and believes the former Napoli manager has begun this new chapter of his life in the right way.

“I’ve read many interviews of Chelsea players and they are all happy to work with Sarri, Bergomi said as quoted by Calciomercato. His approach is different than Conte’s, especially at the beginning. Chelsea players seem to appreciate Sarri’s work, his impact was positive, for sure.”

He added: “I still think Chelsea have some problems to fix at the back and Sarri, who is a perfectionist, will surely work on this. Jorginho? He is an important player for Sarri, he allowed Kante to chance his position on the pitch.”

Read Also: Chelsea star admits he would have left the club if Antonio Conte stayed