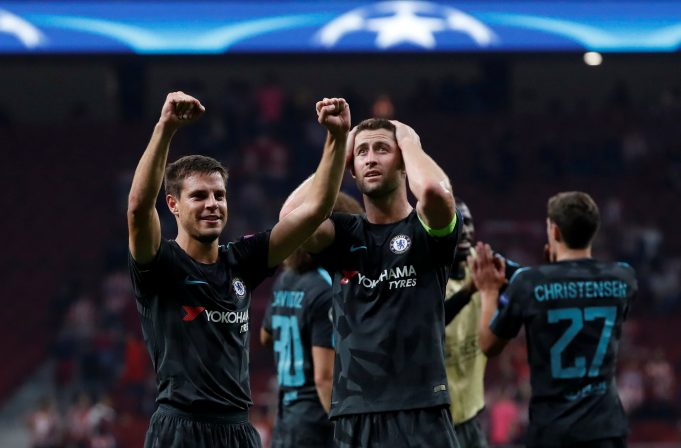 Chelsea boss Maurizio Sarri said that Gary Cahill will captain the club for the season.

Cahill joined Chelsea from Bolton Wanderers in 2012 and has played nearly 287 matches for the club so far.

The 32-year old has barely played a Premier League match for Chelsea this season. He even said that he may have to leave Stamford Bridge for the sake of more game time.

However, Sarri said that the defender will be Chelsea’s captain and whenever he’s not on the field, Cesar Azpilicueta will don the armband.

Sarri said, “The captain is Cahill, and, if he’s not on the pitch, it’s (Cesar) Azpilicueta. Cahill was the captain last season and I have spoken with his mates, and everybody told me that he was really a very good captain.”

When asked about the chances of Cahill leaving the club in January, Sarri said, “It depends on him. I think he played very often in the last seven, eight matches. It depends on him and the club. For me, Cahill is very important on the pitch, but also off the pitch.”

The Italian also said that Eden Hazard will play in Sunday’s match against Crystal Palace, although not the entire 90 minutes. Hazard missed Chelsea’s last three matches due to a back injury.

Sarri said, “Yesterday, he (Hazard) had a large part of the training with the team but maybe he will not be ready to play for 90 minutes at the moment – because it was his first training for the past two weeks. Probably he will be able to play for 40-45 minutes, so for us it is important.”