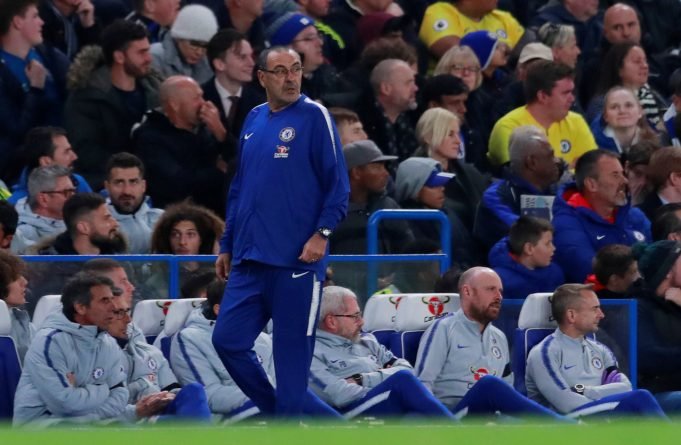 Chelsea boss Maurizio Sarri has admitted that there is still a lot to improve on if Chelsea are to become challengers for the Premier League title.

Speaking ahead of Chelsea’s match against Crystal Palace, Sarri said that there are certain areas in defense that Chelsea must improve on. He also said that he faced similar issues when he managed Napoli and Empoli.

Sarri said, “In Empoli we had problems with a lot of injuries for the first few months,’ he recalls. ‘Then when everybody was available the situation went better and better in four or five matches. In Napoli we had problems for three or four matches, no more. Then we won 5-0 in the Europa League versus Bruges and three days after we won 5-0 against Lazio in Serie A and so we start.

We have the same problem [at Chelsea] but the quality of the players is very high, so they are able to win matches with a very good offensive phase, but for the future we need to become a very solid team if we want to be competitive and win something. If you look at the league table, the first-place team Man City have conceded only three goals and the second team only four goals. So it is very important to be solid to be competitive.

It is impossible not to give to the opponents spaces for the counter-attacks. So we need first of all to improve in the offensive positions if we want to be solid.”

Maurizio Sarri will hope to see Chelsea bag another three points from tomorrow’s match against Crystal Palace. Crystal Palace are currently 14th in the Premier League table. Last weekend, they halted Arsenal’s 11-match winning run at home. However, they will be entering Sunday’s match at the back of a Carabao Cup defeat to Middlesbrough.