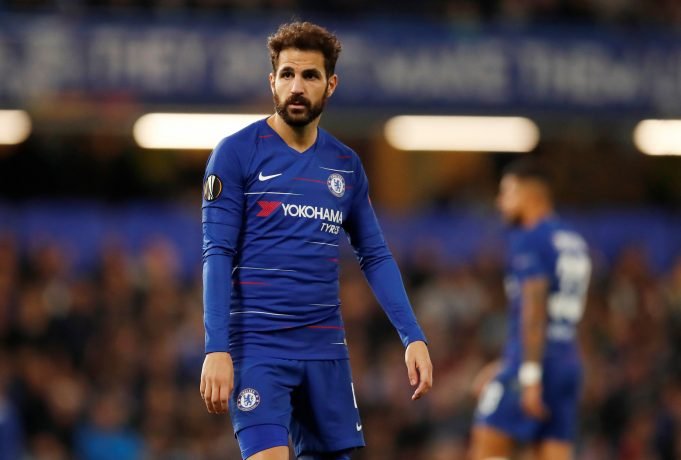 Chelsea midfielder Cesc Fabregas has said that he wants Maurizio Sarri to not think of him as a player who just shields the defence.

Sarri deployed Fabregas as a deep-lying midfielder rather than a playmaker against Derby County. Fabregas scored the winner of the match as Chelsea won 3-2 to qualify for the Carabao Cup quarter-finals.

Fabregas said, “The only thing I have to try to change in this manager’s way is that he only sees me as a player in front of the defence. I think in his mind I can only play there, but I have been playing further forward all my life. I know it is difficult mentally [not playing in the League].

But after playing so many years, I think I can read a coach’s brain easier. I know exactly what position I’m in. I’m not saying I can play every three days for 90 minutes for 60 games a season now.

I probably can’t do that in a sharp way any more. That’s why I try to just enjoy it and be up for it.”