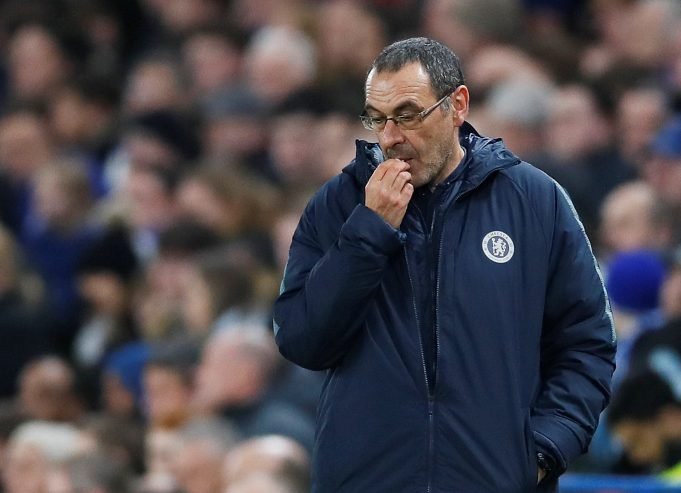 Chelsea manager Maurizio Sarri has dismissed reports linking him to Roma. In the past few days, there have been a number of talks regarding Maurizio Sarri’s future at Chelsea. Some reports state that Chelsea are already looking for replacements.

Recent reports stated that Sarri could become the manager of Serie A club AS Roma.

However, the Chelsea manager rubbished such reports. Following Chelsea’s 3-0  win over Malmo FF last night, when asked if he was in contact with Roma, Sarri replied, “Of course no, I have a contract with Chelsea for next season so it is impossible.”

After sealing a berth in the last 16 of the Europa League, Chelsea now have two very tough matches ahead. They play Manchester City in the Carabao Cup final on Sunday before playing Tottenham on Wednesday.

About the Carabao Cup Final, Sarri said, “It’s very easy that City is in our minds. We played two weeks ago and now we can try to solve this problem.”

Also read: Teenager believes Chelsea can beat anyone in the Europa League