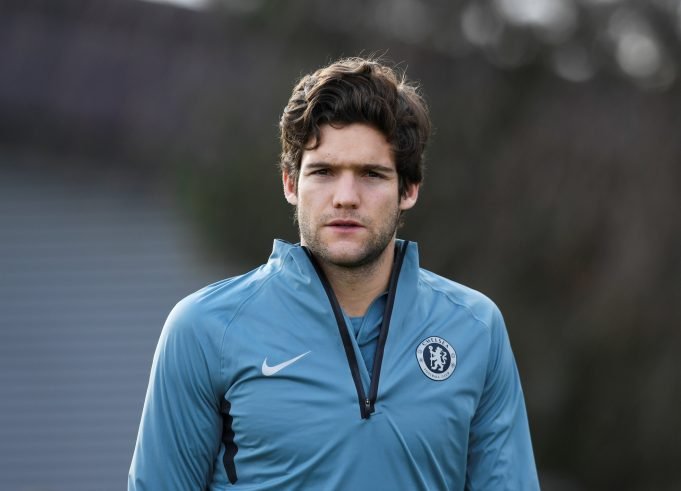 Chelsea Champions League nightmares got even worse when Marcos Alonso got sent off in the 3-0 defeat to Bayern Munich.

Speaking after the game, both Joe Cole and Rio Ferdinand slammed the Spaniard’s conducton the pitch.

Alonso was initially shown only a yellow card when he caught Robert Lewandowski with his hand. However, after a VAR check, the Blues left-back was immediately sent off.

“In today’s game it’s a red for retaliation,” said Ferdinand. “Waving arms, it’s silly really [for an] experienced player. You can’t be doing that in the game today with cameras all over the place. I thought he was punished deservedly so.”

“He’s let his manage down there no doubt,” said Cole. “It looked like [Alonso and Lewandowski] said something to each other so there was a bit of malice, bit of venom. He shouldn’t have done that and he’s let the team down.”

Along with Alonso, Jorginho will miss the second leg visit to Allianz Arena as well. The former was already struggling to win any gametime under Frank Lampard and this incident won’t help his situation. He is tipped to be a part of Chelsea’s mass exodus of players next summer.