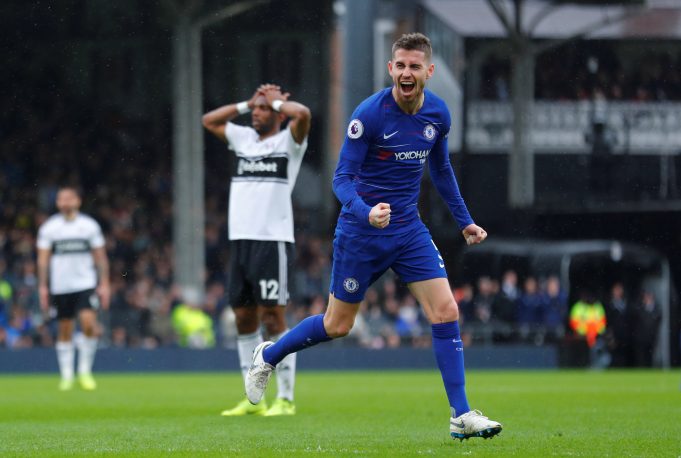 Chelsea midfielder Jorginho has said that he is very happy to have scored against Fulham at Craven Cottage yesterday. Gonzalo Higuain opened the scoring in the 20th minute before Calum Chambers netted an equalizer in the 27th minute.

In the 31st minute, Eden Hazard passed to Jorginho who scored from outside the penalty area to restore Chelsea’s lead. It was the midfielder’s first goal from open play for Chelsea and his second goal for Chelsea.

Fulham had plenty of chances during the match but Kepa thwarted their attempts. Chelsea eventually won 2-1 and kept their top four hopes alive.

Speaking to Chelsea’s official website after the match, Jorginho said, “Today was very important for us, these points. We have to get more points till the season finishes.”

When asked about his performance, the Italy international said, “I am very happy for this goal but more important was we win. So, we have to continue now.”

Chelsea remain 6th in the league table after yesterday’s win. They are now just one point behind Arsenal and two points behind Manchester United. One advantage Chelsea have is that they have played a game less than Arsenal and United.

The Blues now have two home games ahead of themselves. They play Dynamo Kyiv on Thursday before playing Wolves on Sunday.