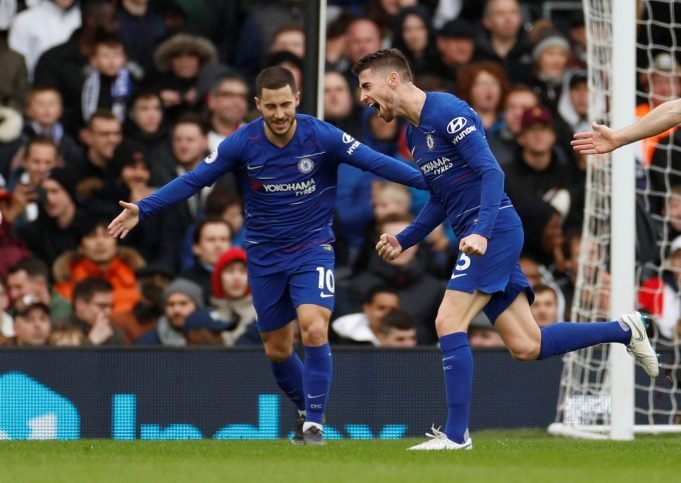 Chelsea talisman Eden hazard praised goalkeeper Kepa following his performance against Fulham yesterday. Fulham gave Chelsea a hard time but Kepa was always up to the task when tested.

Chelsea won 2-1 at Craven Cottage thanks to goals from Higuain and Jorginho.

Following the match, Hazard said, ” I think we did well. The game was not so easy but in the end, we won the three points. The manager told us to start with a bit of momentum. We won the last game against Tottenham so today, it was another Derby and we did well. At the end, we have three more points and we just want to keep playing like that.

In the first half, we controlled quite well , we scored two goals. The second one was a bit difficult because the rate was different and it put more impact into the game. But at the end, we did well. We just defended together, Kepa made some saves and yes, I think we deserved to win.”

Hazard also had words of praise for Jorginho. The 28-year old said,”Since the beginning of the season, people ask him to score goals and make passes. He’s doint very well, you know. He’s giving tempo to the game. He scored a great goal but the way he is thinking football, the way he is passing the ball, he is very important to the team.”

Also Read: Jorginho talks about his goal against Fulham