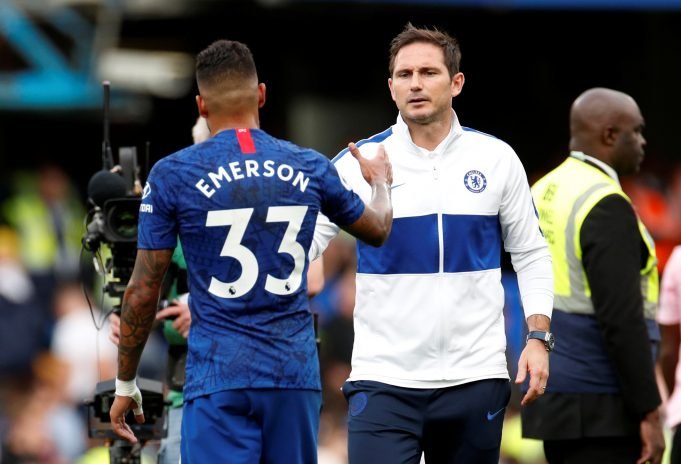 Chelsea have reportedly begun negotiations over Emerson’s sale to Inter.

Sky Sports reports that the fullback could be sold this summer for around £20 million.

Frank Lampard never really warmed up to the former AS Roma man, despite giving him a lot of chances early on. Emerson could never really settle under any manager since he came into the Bridge. He just seems like a misfit in the Premier League and could be better utilised by Antonio Conte.

Inter have already reinforced their right-wing by adding Achraf Hakimi for £36 million this past week. Now, it is time to secure the left and Emrson seems like an ideal choice. He has quality going forward while defensive weaknesses could be well covered in Conte’s three-man back system.

Lampard refused to divulge any information regarding the rumours. He said, “I’m not aware of the talks. What I am doing is focusing on the team and the squad day-to-day. I don’t have any real conversations about the transfer window, whether it’s who we might bring in or who might leave the club.

“Those are questions we do have to answer at the end of the season when the window opens. I don’t want to be swayed by rumour and gossip, and I’m not involved in it, so we’ll keep working.”