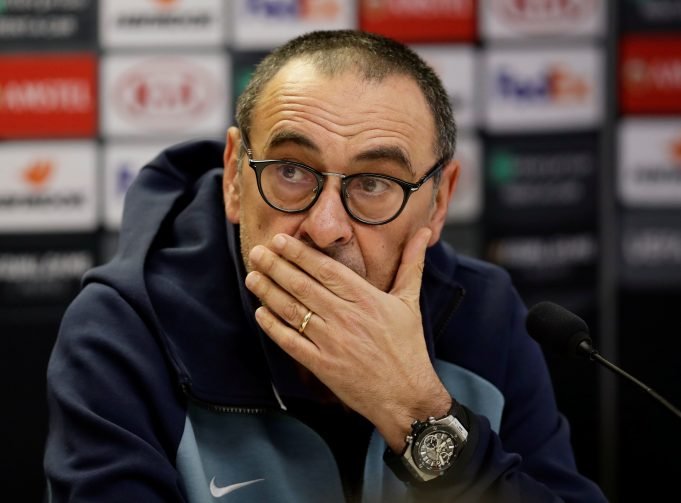 Maurizio Sarri can severely damage Liverpool’s chances of winning the Premier League title if he changes his rigid approach to the game, according to reliable journalist, Duncan Castles.

On a Transfer Window podcast, Castles said, “I think if you look at Liverpool’s fixtures, Chelsea’s obviously a difficult one ‘cos Chelsea need those points for the Champions League.

“The question there is: does Maurizio Sarri go pragmatic as he did in a couple of games earlier this season? If he does, I think that’s a really tough game for Liverpool.

“Cardiff are probably still playing for Premier League survival and are at home, so don’t expect that to be a walk in the park. Huddersfield you’d expect them to win I think. They get a free hit, but Huddersfield are terrible so if Liverpool drop points there that really would be disaster time.

“Newcastle, against Rafa Benitez, I don’t think anyone gets an easy ride at St James’ Park and the FA Cup semi-final result I don’t think did Liverpool any favours in terms of that last Premier League game against Wolves, because that will now be Wolves’ last match of the season, there will be no consideration of them resting players for an FA Cup final and a very good chance that they’re playing for a Europa League place themselves.”

Liverpool are currently two points ahead but Manchester City have a game in hand. The Blues have not performed well all season but they could surprise Jurgen Klopp’s men on Sunday.

See Also: Hazard reveals why it is tough for him at Chelsea