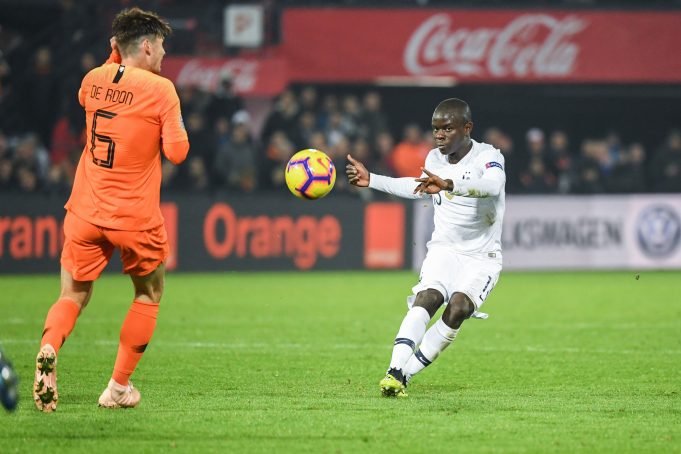 Maurizio Sarri has hailed N’Golo Kante’s ability to adapt but believes the Frenchman still needs to improve in the buildup.

The Chelsea boss has compared the careers of two former Leicester City duo, Kante and Danny Drinkwater. While the former is a guaranteed starter for the Blues, Drinkwater has been absent from every single one of the club’s games this season.

When speaking on the two, Sarri said, “He’s [Drinkwater] not adaptable, that is my opinion. My opinion is important for me. Kante can play with two midfielders because he is a world champion. With the three he is better on the centre-right or left because I want a technical player.

“Jorginho against Brighton played 161 balls, for our way of football it’s important to have a CM and technical and fast with the mind. ‘Kante is wonderful for something different but not playing one touch.”

Kante is widely regarded as one of the best defensive midfielders in world football. However, he has been shifted out to the box-to-box role under Sarri.

The Italian boss has received a lot of criticism for changing the 28-year-old’s position but Kante has still managed to remain an influential figure for the Blues. At this point of his career, it might be difficult to change his style of play, the way Sarri would like it to be.

See Also: Hazard reveals why it is tough for him at Chelsea