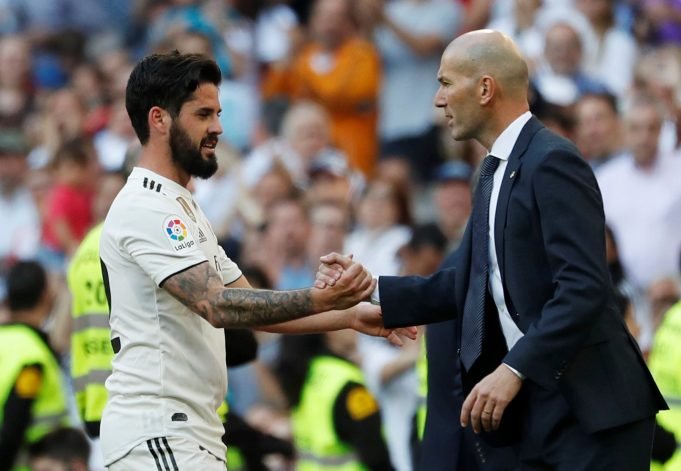 The Belgian is at the very top of Zinedine Zidane’s summer shortlist with a price tag of £100m hanging around his neck. However, the player himself has refused to give anything away regarding his future.

Hazard lit up the Stamford Bridge on Monday night with his brace against West Ham United. The Blues fans were heard to be chanting the 28-year-old’s name.

After the game, Hazard said, “They [fans singing he is leaving] are wrong. For now, I am just focusing on Chelsea until the end of the season.”

The Galacticos have turned up their chase for the marquee attacker. They have found a loophole to benefit both themselves and Chelsea at the same time.

Florentino Perez and the rest of the Madrid hierarchy were reported to be frustrated with Bale. The £100m signing has been glued to the sidelines during most of his time with the La Liga giants.

James Rodriguez quickly became an outcast when Zidane was in charge and now that the Frenchman is back, it is likely that the attacking midfielder will be moved out elsewhere.

If Chelsea manage to get their appeal through to FIFA about postponing their transfer ban, they can get their hands on two world-class players that they might not usually get the chance to sign.