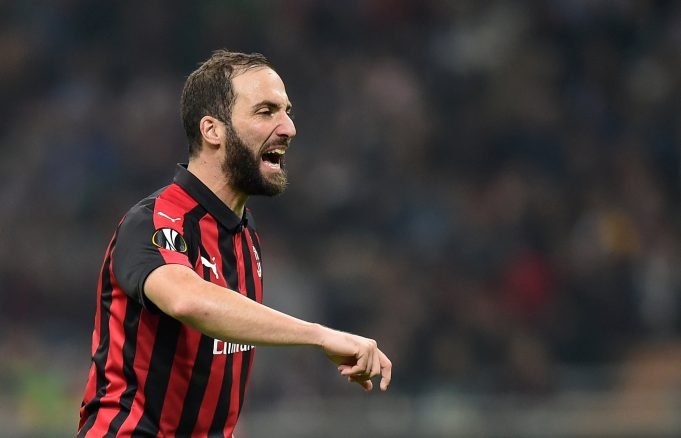 Chelsea’s newest addition, Gonzalo Higuain is delighted to be working under his former boss, Maurizio Sarri and even hailed him as the best manager to have played for in his career.

The duo worked together at Napoli for two seasons during which Higuain ended up scoring 36 goals in 35 games in the 2015/16 campaign. The Argentine forward told the Blues’ official website, “It was a wonderful season [under Sarri at Napoli] and one in which I broke the goal-scoring record, which is very important out there.”

“It was a fantastic year for myself and Maurizio, and a period which we shared together, even though it was a short time. Now I’m just happy to be working with him again at a big club like Chelsea which has all the history and wonderful team-mates. I think everything is set on the right path to achieve our goals by the end of the season.”

Chelsea are currently in the 4th spot of the Premier League after losing 2-0 against Arsenal the previous weekend. Higuain’s arrival is expected to pave the way for Alvaro Morata’s exit to Atletico Madrid.

Speaking on his understanding with Sarri, the former Real Madrid player further added, “Maurizio Sarri is the coach who, in my career, has got the best out of me as a player. He’s someone who knew how to work with me, particularly on the emotional side.”

“That year together was fantastic and in big parts thanks to him, so coming to work with him is very important for me. I’m really happy to have been given the opportunity to do that and I want to get back to that level.”