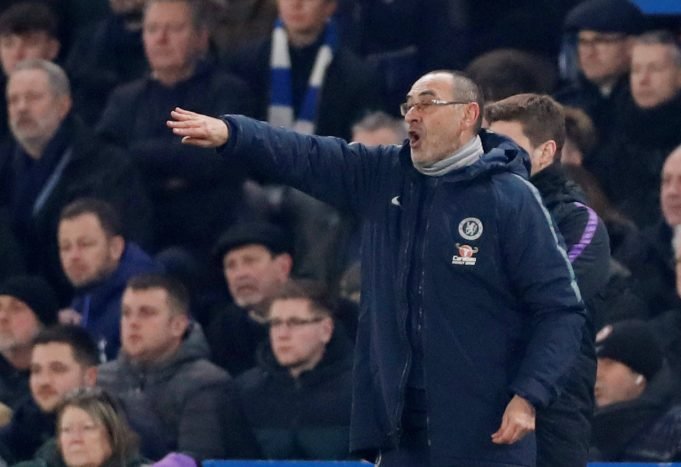 Welsh football pundit Robbie Savage believes that Maurizio Sarri’s gamble of criticising the players publicly paid off as the Blues beat Spurs 2-1 in the second leg of the Carabao Cup semi-final.

Sarri slammed his players for lacking the mentality to compete at the highest level following Chelsea’s 2-0 defeat to Arsenal last week, claiming that the players are very difficult to motivate.

However, Chelsea found a perfect response and put up an impressive display to overturn a one-goal deficit in the Carabao Cup.

And Savage believes that Sarri’s outburst paid the dividends.

“As risky as Maurizio Sarri’s outburst appeared at the time, it worked,” Savage told the Mirror.

“Boss Sarri called out his Chelsea players after last weekend’s sluggish defeat at Arsenal, saying he found his team “extremely difficult to motivate”.

“At face value, that was a strange comment to make about a group of players who have won more than 50 major honours, including Champions Leagues and World Cups, between them.

“But Thursday night’s EFL Cup semi-final second leg against Tottenham was their response.

“Chelsea produced a massive reaction. The tackles were flying in, there was an intensity of purpose, and the celebrations at reaching another Wembley final spoke for themselves.

“Oh, and new striker Gonzalo Higuain will be coming out to play soon. People might think it’s wrong for a manager to have a go at his players in public.

“But for now, Sarri can say the reward outweighed the risk.”