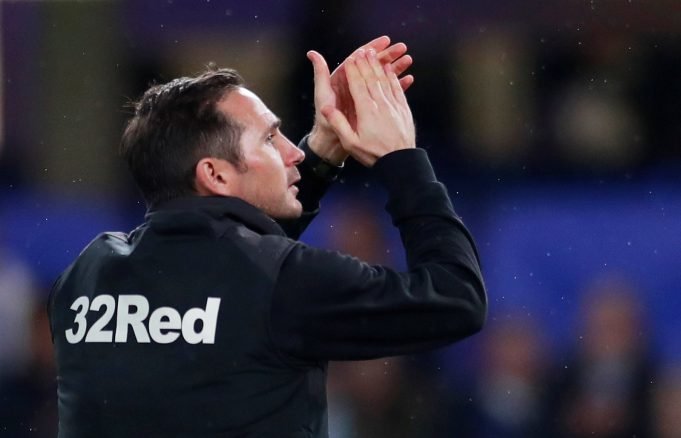 Frank Lampard said that the Chelsea players talked to him and praised his team Derby County’s performance in last night’s Carabao Cup fixture.

Chelsea advanced to the quarter-finals of the Carabao Cup by beating Derby County 3-2. Derby County who defeated Manchester United in the previous stage of the tournament, gave Chelsea a run for their money.

Following the match, Lampard said that he was proud of his players. The Chelsea legend said, “Talking to the Chelsea players and some of their staff after the game, they were all praising us and saying how good we were.

I think we deserved a draw but I’m not upset at all. It makes me happy. We really contributed to the night, this is a fantastic Chelsea team and we competed. I’m so proud of my Derby County players.”

Derby County’s next fixture is against Birmingham on Saturday.

Also Read: Zola not too pleased with Chelsea’s performance against Derby County