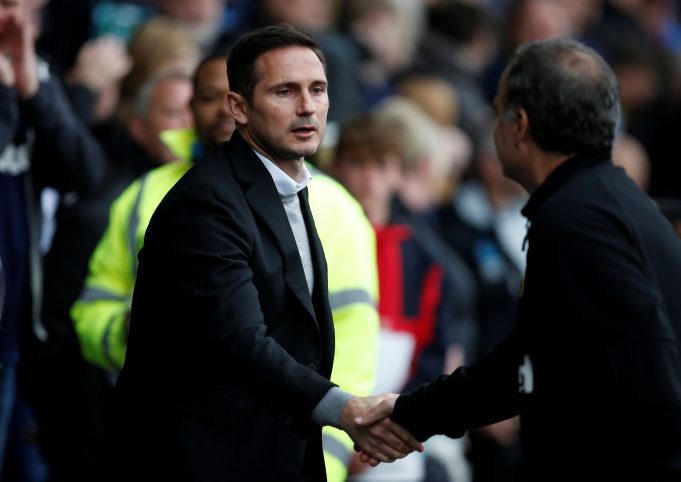 Frank Lampard has urged Chelsea to make use of their youth talent if Eden Hazard leaves this summer.

The former Blues midfielder is aware of the meteoric gap Hazard will leave behind at the Stamford Bridge, with his immediate future getting directly linked to Real Madrid. The Belgian has not extended his contract beyond the 2019/20 season and a sale seems to be likely to prevent future losses.

Lampard claims that a player of Hazard’s magnitude cannot be replaced so easily. Instead, the South West London club should look towards promoting some of their academy talents who is capable of filling up the position.

“He’s in the top few players in the world. I think we all know that,” the Derby County manager told talkSPORT. “We’ve seen him in the Premier League and he has been a joy to have. He was a joy to play with.

“I knew his potential from day one when he trained at Chelsea a few years ago now. Of course, it will be disappointing to lose him for the Premier League but particularly Chelsea.

“You don’t replace Eden Hazard, you have to find ways around it whether it be some of the younger players or the team. That’s if you are going to lose him, we don’t know that for sure yet but it seems it might happen.”