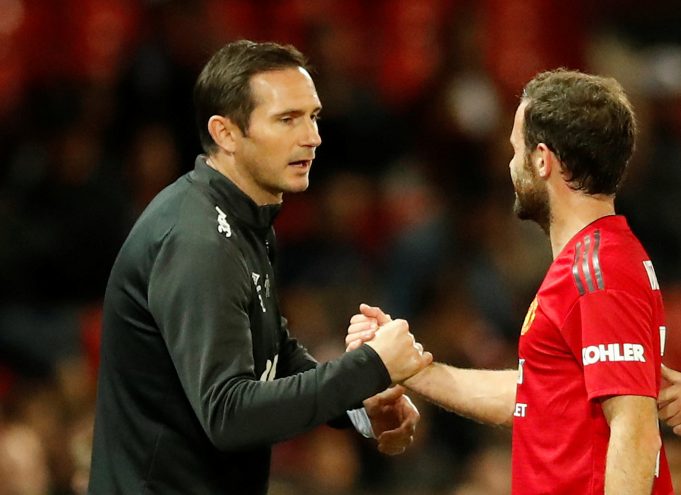 Chelsea have appointed Frank Lampard as their new manager and the former midfielder wasted no time in praising two of the club’s most prominent youngsters.

With the 41-year-old taking charge at Stamford Bridge, there seems to be a hue of optimism surrounding the players who have graduated from their academy. Lampard’s appointment was by no means the standard procedure Chelsea usual follows and the Englishman’s plan of action is also expected to be different.

With the transfer ban forcing them to recruit from within, we might just get to see fresh young talents finally get a chance in the starting lineup, rather than being sent down an endless pit of loan spells.

Lampard managed both Mason Mount and Fikayo Tomori this past season in the Derby County ranks. Having worked with them so closely, the Blues record goalscorer has made it clear how he would like to give them a chance in the Premier League.

“I’m excited because playing here for so many years, seeing work put into academy seeing the work from top, investment into academy, the want and desire to see it succeed, on the ground the coaching staff trying to bring players into first-team and then the players themselves,” Lampard told Chelsea’s official website.

“I was fortunate enough to work with Mason Mount and Fikayo Tomori last year, their attitudes stood out well. The fact they came through the academy here – you could see it in how they held themselves, how they train, their manners off the pitch so that’s what I want to see, I want to work with those players, I want to dangle the carrot.

“Can you work hard, can you compete, can you get in the team? I was that young player a very long time ago. And the one thing you want is the feeling that you can get into the first team, the feeling that the road that divides the academy to main building, is a road you can cross. And I think it comes from the top.”