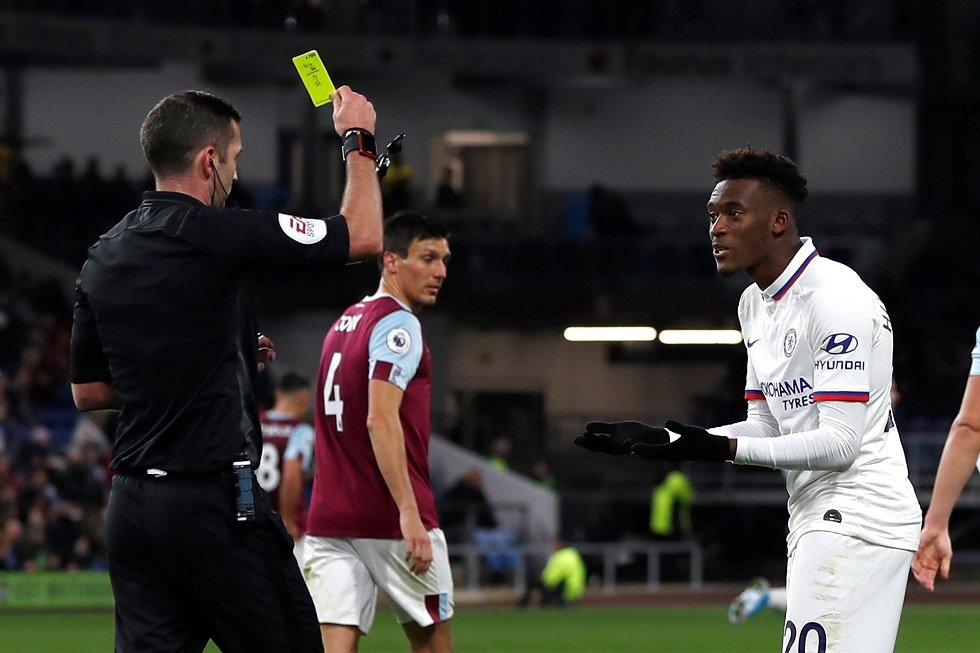 Frank Lampard feels no need to talk to Callum Hudson-Odoi separately for the diving incident against Burnley.

The Clarets manager, Sean Dyche called it “shambolic” for Hudson-Odoi to go down like that.

“Nothing, I’ve said nothing. I didn’t feel the need to,” replied Lampard when asked what he had said to Hudson-Odoi. “I asked him on the day of the game, straight afterwards, after my press, he said he got a touch.

“Clearly when you see it back from behind he gets a hand on his back. I know it’s light. I’m not saying it’s a definite penalty but it’s not (a dive). I’m not sure if Sean had maybe watched it back and all the angles when he spoke because it wasn’t a dive as such.

“If that becomes a dive you will start analysing every bit of contact. Was that enough to put (Burnley striker) Ashley Barnes on the floor or not? Was that enough for Callum to go down or not? That is the game, those are the grey areas. It was nowhere near a clear cut issue.”

Premier League referees are mostly reluctant to use the pitch-side monitors and heavily depend on their colleagues’ judgement. When asked if the situation should change, Lampard replied, “Yes.

“It’s part of VAR and I assumed when it came in to the Premier League that would be the case. I think we’re at the point now where, from my point of view, they have to.

“It’s difficult. I’m not one to bang the drum, it’s not easy. Even with VAR there is an element of a human involved because they are the ones checking it and it’s slightly opinionated.

“I think at the weekend we saw it flip slightly the other way from what it had been already with some decisions being changed. Hopefully we find the right middle ground as soon as possible and I think seeing a monitor on the side of the pitch is a way forward.”