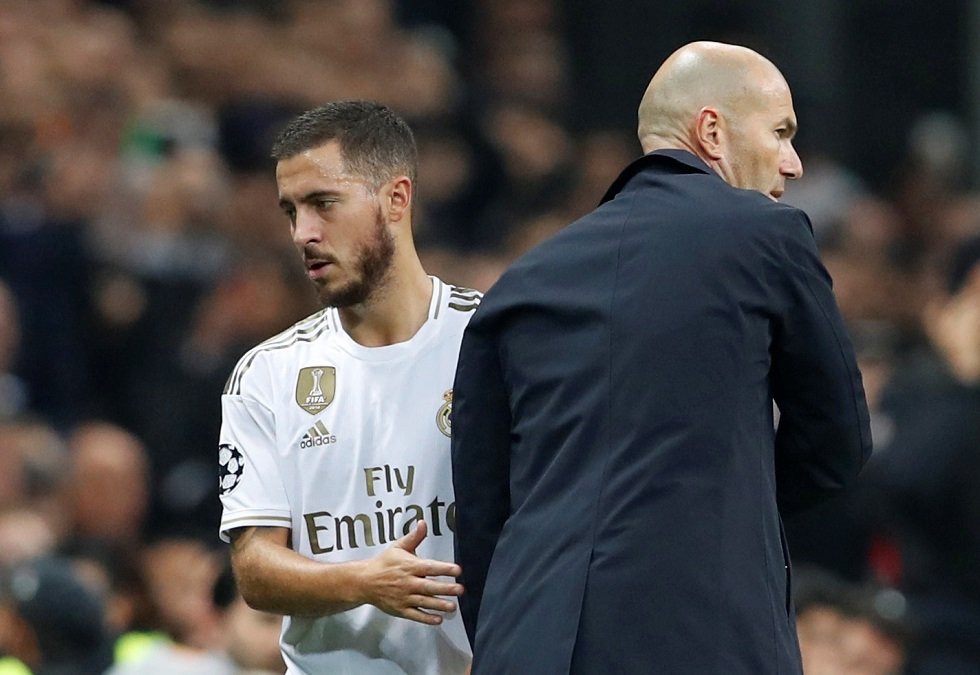 Eden Hazard revealed he had contact with Real Madrid a whole year before he transferred out of Chelsea.

The Belgian secured a £130m move to the Santiago Bernabeu last summer, justifying all the rumours that linked him to the club in the first place.

It seemed inevitable that Hazard would end up with the Galacticos as a potential next step in his career. At 28, he was looking for immediate glory which Chelsea were unable to promise under new management.

Many fans and even Frank Lampard himself publicly voiced his support for the winger, admiring his professionalism and service to the club. Eventually, when the news emerged, it was hardly of any surprise and Hazard departed in good terms with the Chelsea faithful.

“Courtois is someone I know well and in which I trust,” he told the press. “He always told me it was the best club. When he finished the World Cup in Russia I wanted to go to Madrid, I had already made the decision.

“It was not possible and I was another year Chelsea. That made the exit easier, Chelsea understood and let me out.

“I spoke to Florentino and told me that I expected in Madrid. After I spoke with Luka Modric and felt that everyone wanted me see at Real Madrid. And finally fulfilled.”