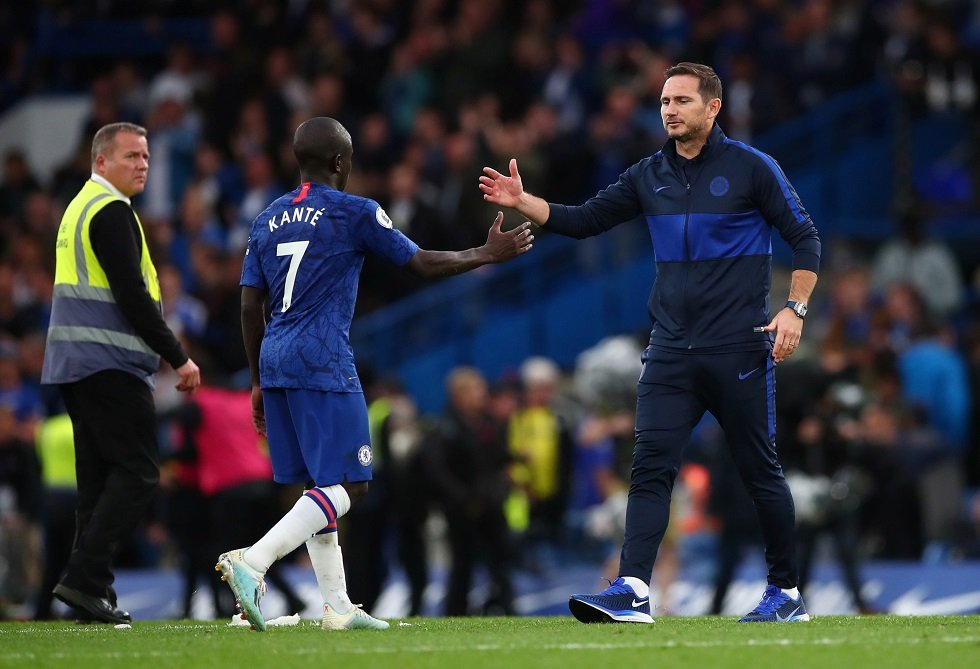 Frank Lampard is hopeful of having N’Golo Kante back in the team for the upcoming Champions League fixture against, LOSC Lille.

The Blues won last night’s home fixture against Brighton And Hove Albion 2-0 but Kante was absent from lineup.

The Frenchman has had a frustrating start to the campaign, spending majority of his time one the sidelines with niggling injuries.

He missed most of Chelsea’s opening fixtures before return to score a wonder goal in the 1-2 defeat against Liverpool. The 28-year-old was kept out of the 7-1 thumping of Grimsby Town and the Brighton fixture due to a recurring hamstring issue.

After collecting his first home Premier League win, Lampard said, “N’Golo, hopefully, he’s okay. He had a small awareness in his hamstring and it was important not to risk that with him today.

“I’m pleased we didn’t risk him, especially now we’ve won comfortably and he has a bit of a rest. He could be touch and go, hopefully, for Lille. Emerson [Palmieri], no. [Antonio] Rudiger, no.”

“Kurt was ill this morning so I’d like to think he will be alright. It was a short-term thing, hopefully a bug.”

Mount again put on a show for the Chelsea fans last night leaving Lampard surprised over how quickly he has adapted to life in the Premier League.

“The all-round game and quality of Mason… he is the catalyst for us getting in front with his sharpness,” the Chelsea manager added. “He was brilliant for me at Derby. I did not expect this level but he is improving daily. It is great for the club and a long time coming. The work is done in the academy. The mentality is great. They want to play for this club.”