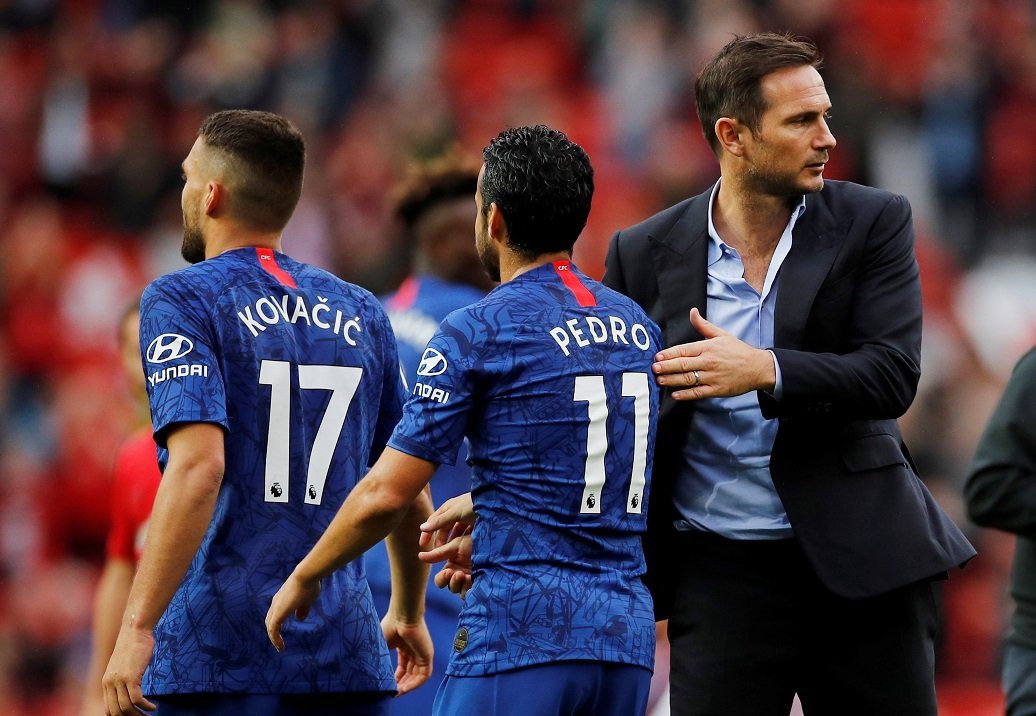 Frank Lampard has responded to his former boss, Jose Mourinho’s criticism with defiance.

Chelsea were beaten 4-0 at Old Trafford last night and the old Blues manager had a few choice words to say about Lampard’s team selection. He believed that Chelsea should have fielded more experienced players like N’Golo Kante, Olivier Giroud and Marcos Alonso while also hitting out at the performances of Academy products, Tammy Abraham and Mason Mount.

Lampard replied, “He didn’t like the performance of Mason Mount? Is that what he said? Did he? Wow! Well, I can’t drag players out of the medical room to play if they are experienced or not, so these are the players that played in a game that we were clearly the better team for 45-60 minutes.

“What was evident that we made individual errors that led to four goals out of their five shots. So there’s the harsh reality for us.

“I don’t have to be too concerned about what anyone else says, pundit-wise or anyone, they have to speak. At the same time, what’s clear is the squad is what we’ve got and I believe in it.

“If we go in at half-time 2-1 or 3-1 up, as we probably should have done if we were more clinical and maybe had a stroke of luck here and there, the game would’ve been completely different.”

“Christian Pulisic is 20 years old. He will be a fantastic player for the club. He has got great ability. You saw little moments with his acceleration on the ball,” the 41-year-old added.

“But I have also got other options in midfield and in those areas, and I don’t want to stick Christian straight into the fire without trying to help him along the way. It was one of those games where I felt it was better to start with Ross [Barkley] and Mason, who have been very strong in pre-season, and bring Christian on.

“If the game had carried on at 1-0, or we were back in the game as we should have been, he would have been a great injection. In the end it was difficult for him because the game went quickly away from us.”