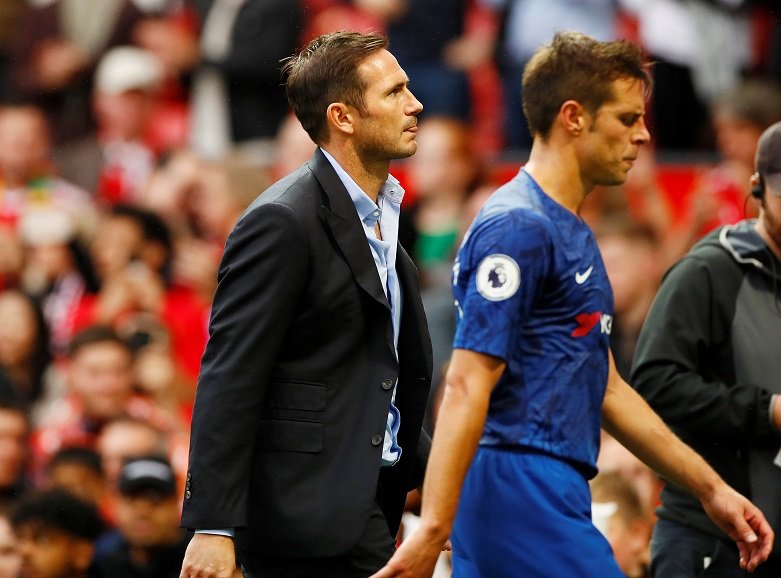 Frank Lampard believes that Manchester United are fooling themselves by the 4-0 battering of his team on Sunday night.

Blues fans were left stunned as the Red Devils completely whitewashed them at Old Trafford in the opening day Premier League match. Lampard’s men began impressively, controlling the tempo and testing the United defence with a few solid chances.

Unfortunately for the 41-year-old, Kurt Zouma’s challenge that lead to the Marcus Rashford penalty only opened the floodgates for the hosts.

When asked if the score was harsh on Chelsea, Lampard told Sky Sports (via Onefootball), “Without a doubt. Four mistakes, four goals, let’s get that out straight away, because we have to be self-critical. Other than that, for 60 minutes we controlled the game. We controlled the first half, major parts of it, [hit the] woodwork, [played] balls across the face of goal.

“There were poor decisions in the final third when we should have been able to get shots away and score, at half time we should be in the lead.

“Again, early in the second half I didn’t mind it [being behind], but then the second and third goal, two mistakes, and it’s much easier for them to play at 3-0 up. At 1-0 we were the better team, but I can’t stand here and look happy with that because it’s 4-0. This is a counter-attacking team [United], a big strength of theirs. We know they have pace, if you turn over the ball or give them opportunities to play in behind, they will.

“For large parts of the game we didn’t [let them] do that, we were the ones who were bright, breaking, the last bit [in the final third] wasn’t great, but we were so comfortable in the way we were playing in the first half, so there are loads of lessons for us.

“You can’t make unforced errors at this level, but it’s not a result that if you just switched on and saw it was a 4-0, it was nowhere near a 4-0.”