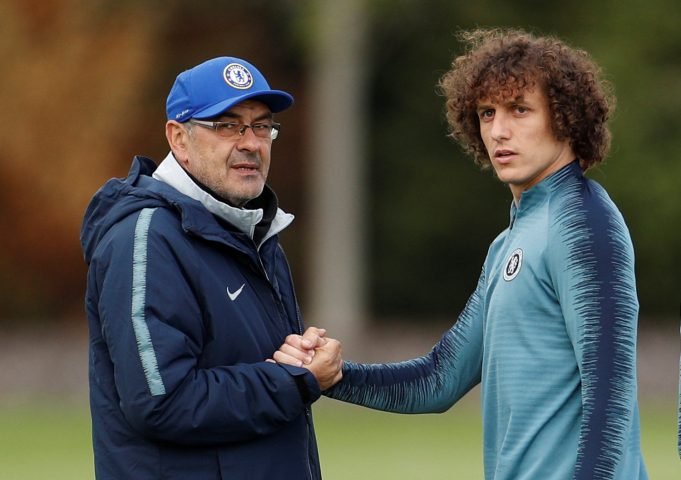 David Luiz has come out in the defence of Maurizio Sarri insisting the Chelsea manager is doing great work.

Sarri replaced Antonio Conte in the summer and had a jubilant start as he kept the Blues very much in the title race for the first part of the season. But as the season went on the London giants failed to capitalise on the situation and at one time they looked to be missing out on a Champions League spot.

The Italian was given the task to lead the side to the top four and did fulfil with a last minute surge in form. They are also on the verge of winning a silverware as they are scheduled to face Arsenal in the Europa League final on 29th May.

“We started very well, everyone was very excited saying Chelsea are going to fight for the title.

“Then we had some ups and downs but we finished the season, especially in the Premier League, very well and we have another opportunity to win this competition.

“He is trying to teach us his philosophy of football. It is part of the job. He has to try to teach us to understand his mind, the way he looks at football, and I think he is doing great.

“If you think one day you already know everything that is when you are going to fall down. It doesn’t matter what job; footballer, coach, we need to try to learn and to improve every single day.

“Football is about this. Big clubs have pressure and if you don’t want pressure don’t be at the big clubs.”