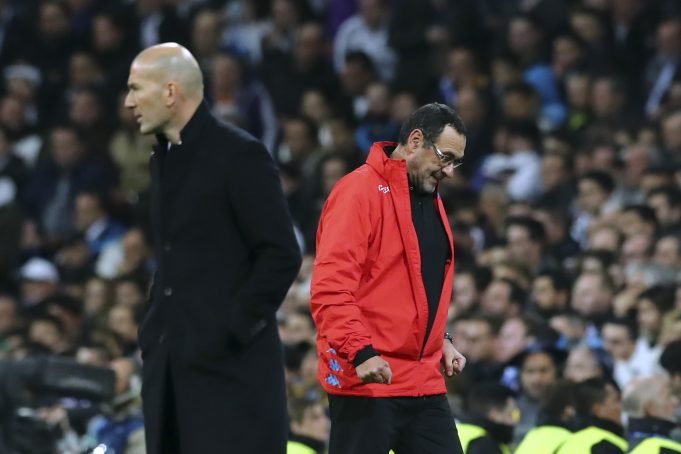 Former Arsenal player Robert Pires feels Zinedine Zidane would be the perfect candidate if Chelsea are to replace Maurizio Sarri.

The Italian manager had a near to perfect start after being appointed as the Chelsea manager at the start of the season but things have changed in the last few months.

From being in the Premier League title hunt the Blues have slipped out of the top four off late. Sarri’s job was on the line following a number of losses and after the 6-0 thrashing at the hands of Manchester City.

But the Italian has managed to heal the damage to some extent with three wins in the last four matches in all competitions. Zidane has been linked with the Chelsea job but it is very unlikely to take up the job as of now.

Pires said, “It’s a very strange situation with Chelsea and how they treat their managers.

“Sarri is a very good manager and he performed very well with Napoli, but it’s hard to see him at the club next season. There appears to be a lot of player power at Chelsea that he is struggling to overcome like many have before him.

“I think Zidane would be a very good appointment at Chelsea. He would demand respect from the Chelsea players and control the dressing room as a result of everything he has achieved both on the pitch as a player and on the bench as a manager.

“He’s a winner and a warrior. He’s had great success in the Champions League which is attractive to the Chelsea owner. It would be very good news for the Premier League if Zidane moved to England.”