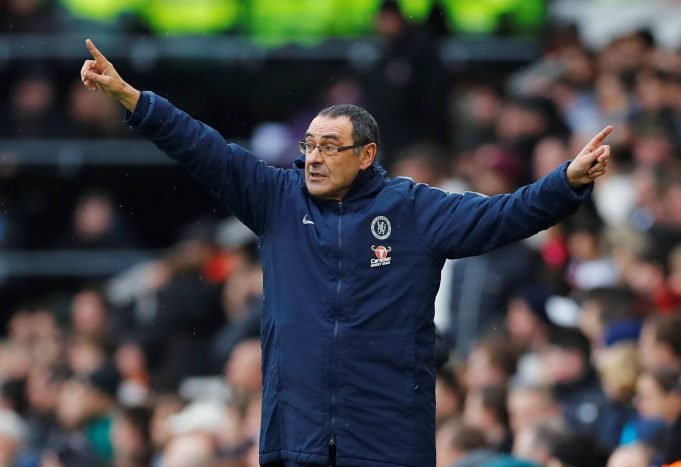 Chelsea reportedly are already planning for the next season with Maurizio Sarri as their head coach.

The Italian manager was expected to be sacked by now after various reports came out stating the turmoil that was building up within the Blues ranks.

With heavy defeats to Bournemouth and Manchester City, it seemed like the 60-year-old’s career at London was already over within his first season in charge.

However, the manager has shown an ability to adapt and change things around when the odds are against his favour. Chelsea came back with an inspiring performance against Pep Guardiola’s men in the Carabo Cup final despite losing to them on penalties. Sarri also oversaw a tactically changed side beat Tottenham Hotspur by 2 goals to nil in the next week.

Now, the South West London team is only 2 points behind the 4th spot of the Premier League with a game in hand.

When asked about the past rumours of him getting fired from the managerial seat, Sarri said, “I feel the same as before, but happier because the results are positive. When everyone talked about my dismissal, I was talking with the club to plan the team for next season, so I was always relaxed.”

Antonio Rudiger who is a starter under Sarri also added, “I think everyone has adapted to new things – also the coach. You saw the way we played against Tottenham and Manchester City. It was different to the way we played in the first three months. Everyone needs to adapt, everyone needs to learn and it is good that it has happened in this moment.”