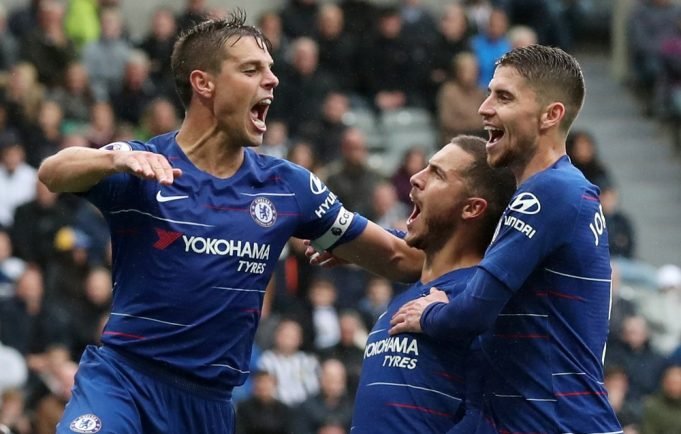 The player has been very impressive this season

The 59 year old raided his former club Napoli to sign midfielder Jorginho, signed a five-year deal with the club for a fee around £57 million. He became the Blue’s first signing this summer.

The Italy International was a key player for the Serie A giants and established himself as one of the best midfielders in the world. He is known for linking the play between defence and attack.

The midfielder has featured in all the 6 Premier League fixtures so far this season and has been very impressive under the Italian manager. The London Outfit are still unbeaten in all competitions and are in third place in the league table.

The 26 year was heavily linked with a move to Manchester City before moving to Stamford Bridge as Pep Guardiola wanted a long term successor of Fernandinho. However, he snubbed the chance in order to link up with his former manager.

Emerson Palmeiri has talked about Jorginho’s importance at the club and claimed he is that famous regista.

“It’s true, it’s true. Jorginho really is a player who had already showed his quality there in Napoli,” Emerson told ESPN Brasil as quoted by Sports Witness.

“He has known the manager for three years, it’s three seasons that they are together. And it has been helping us a lot here, even how we can handle the manager too, how he likes to play. So Jorginho is being a fundamental piece for us.”