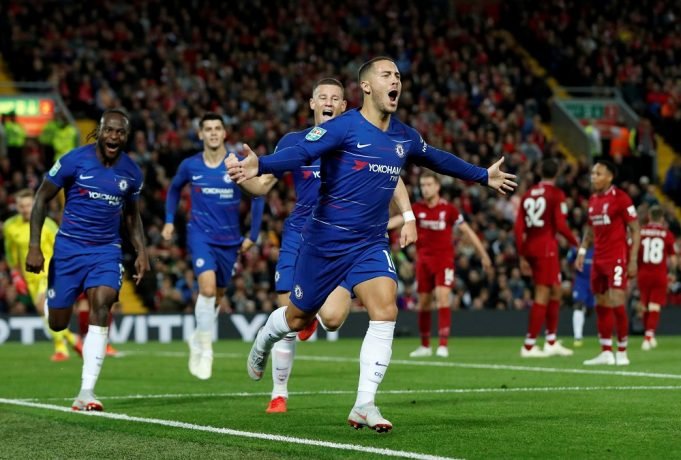 Chelsea talisman Eden Hazard said that he was happy playing under Antonio Conte and Jose Mourinho. Both Conte and Mourinho were sacked by Chelsea a season after leading the club to a Premier League triumph.

Hazard praised current Chelsea manager Maurizio Sarri but also said that he was happy working under Conte and Mourinho.

The Belgian said, “Sarri is a manager who likes to have the ball. That makes a big difference.

Besides that, he’s an Italian. Just like under [Antonio] Conte there’s a lot of tactics and we have to work hard in training.

I don’t feel like saying that I didn’t have any freedom under my previous managers. Conte and [Jose] Mourinho also let me do what I wanted in the last third. That’s why I could excel under them too. Defensively I know what I have to do.”

Hazard came off the bench to score a stunning winner against Liverpool in Wednesday’s Carabao Cup fixture at Anfield. The 27-year old said that scoring that goal at Anfield was ‘special’.

He said, “That’s why the goal is special, why the qualification is special. It’s always tough to play here. The game on Saturday will be more important because of the win today. In the league they are incredible also so let’s hope for a good game.