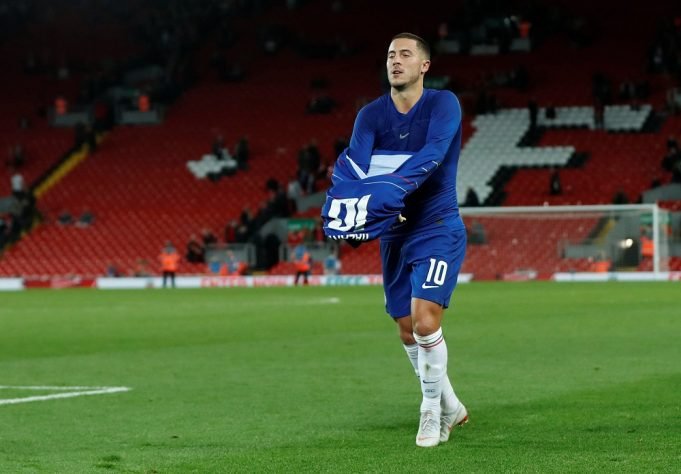 The Belgian also discussed his stunning goal against Liverpool

Hazard has spoken about his stunning effort against Liverpool and also provided update on his contract situation.

“My goal against Liverpool was one of the best I’ve ever done. This is special because I scored it at Anfield Road, against a strong team like Liverpool. They had one every single game before the game against us and they were the favorites to win the game. When I was passed the ball, I immediately thought of scoring. I wanted to avoid penalties”, He said as quoted by Calciomercato.

“The win against Liverpool is good for our self-confidence, playing against Liverpool is never easy. Somebody thought that playing the League Cup game before the Premier League match would reduce the commitment of both teams but this didn’t happen. We fought until the 95th minute, neither teams wanted to lose.”

“New contract? I didn’t sign a contract extension and there are no news for now.”