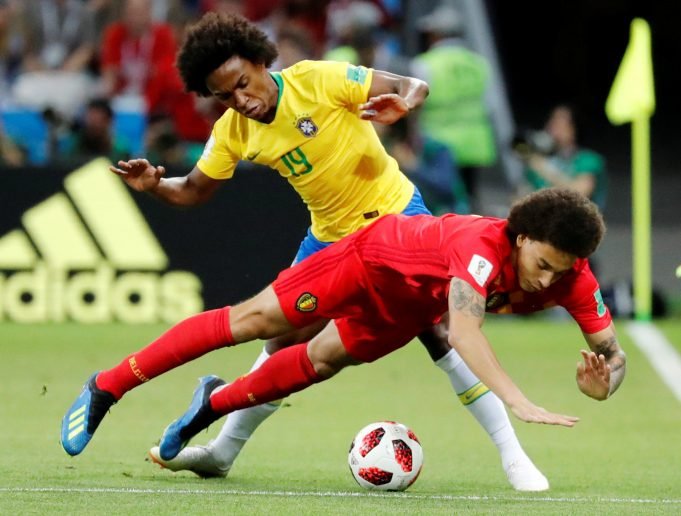 The Brazilian defender wants his national side teammate to remain at the Stamford Bridge.

The player is trying to convince Willian not to leave Chelsea after there were linkups of Willian willing to join the Spanish side.

There has already been 3 bidding from the Spanish giants and all the 3 bid has been rejected by the Blues.

The defender insisted that Chelsea need all the three star players, that includes Willian, Eden Hazard and Thibaut Courtois.

In talks with the Sky Sports, the player said,

“[We speak] almost every day, he loves playing for Chelsea, I don’t let him go! I think he’s going to stay”

“Seriously I’m not joking, Chelsea has to keep the best players and these three players are key players for our team so in a serious way I want them to stay”

“They are fantastic players and fantastic talents, we need the best players at Chelsea.”

Another Chelsea player Marcus Alonso has also stood up and said that Chelsea need the 3 player to stay with them. He denied the speculation over their transfer linkups.

He said, “I am not even thinking about that. They are Chelsea players and I am looking forward to seeing them after their holidays”

“They are top players and very important for us. Every season with Chelsea, we have to fight for every competition and every game and we will go for it.”

Barca has ben keen to sign the Brazilian defender, while Hazard and Courtois is strongly linked to a possible transfer to Real Madrid.