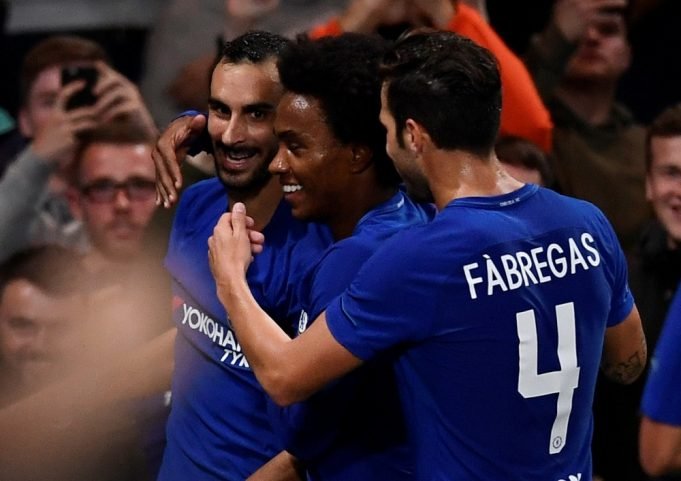 He has been linked with a summer exit

The Brazilian was a crucial player for Blues in both of their Premier League winning campaign, 2014/2015 and 2016/2017. He was their stand out player in the 2015/2016 campaign, when the club under performed and finished outside the top 4.

But the 29 year old was surprisingly used sparingly last season by Antonio Conte and mostly came on as a substitute. Though the campaign was his best ever tally with 13 goals and 12 assists in 55 appearances and and was one of the standout players, as the club finished 5th in the Premier League.

The Brazil International was frustrated with the lack of regular football last term and admitted to finding life on the bench difficult. He has been heavily linked with a summer exit in recent weeks, with Barcelona showing interest in him.

Despite winning the league and cup double last season, the Catalan giants have concerns that their squad still lacks greater quality in depth and attacking flair. They see him as a playmaker who can add an extra dimension to their attack following the departure of Andres Iniesta.

It is claimed that the Spanish side have submitted several bids for the player, all of which have been rebuffed by the Premier League giants thus far this summer.

Chelsea may be open to selling Willian to Barcelona if they secure Aleksandr Golovin as his replacement, Mundo Deportivo reports.

The Russia International has been one of the revelations of the 2018 World Cup, picking up a goal and two assists in the tournament. He helped Russia to reach the quarter-finals but were defeated by Croatia in penalty shootouts.