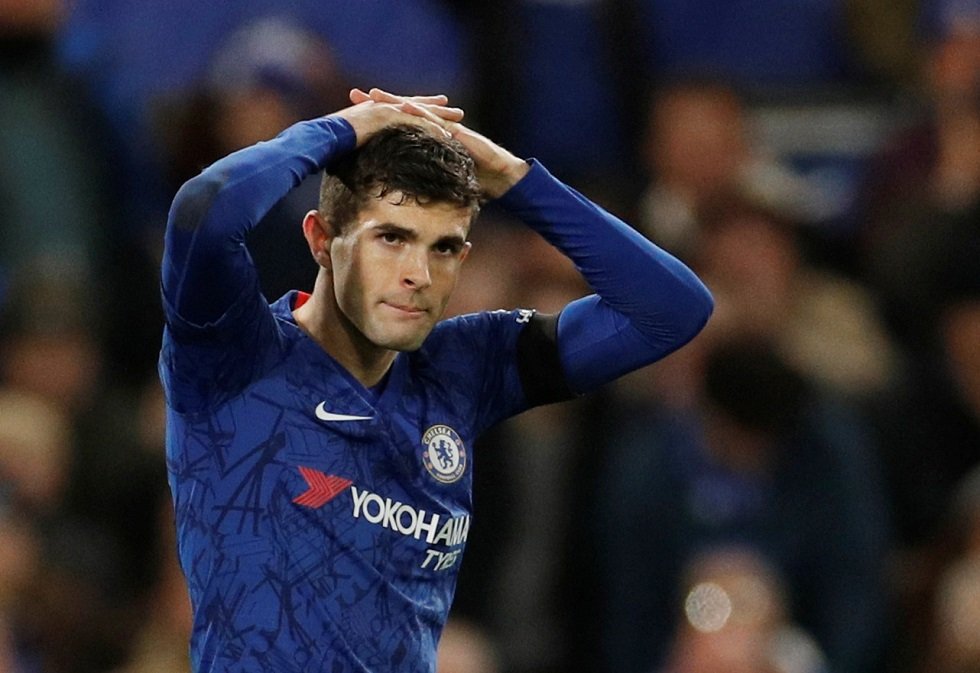 Christian Pulisic tried to explain why Chelsea have been struggling at home this season.

It was rather disappointing to see the Blues lose 0-1 against West Ham United last weekend and that too at the Stamford Bridge.

Chelsea are known to always have a strong home record. They are still safely tucked into the Champions League qualification spots but Tottenham and Wolves are picking up momentum to slowly make up the six-point gap.

“Absolutely, tough times really test your character,” Pulisic said after the Hammers defeat. “Things aren’t going amazing, I would say this isn’t the worst thing so we just have to go on but now luckily in this league, we get another game midweek so we get a chance to redeem ourselves.

“It was a pretty crazy game midweek and then coming here we really wanted a good result, we came out with a lot of energy and did some things well but we just didn’t have that finishing touch. It felt like a little something was missing.

“In the season, that is what happens, there are ups and downs. We have had a few months now where people have said how well we’ve done and how everything has been going great, and I wish it would stay like that the whole year but it’s not the case, so now a couple of tougher results and we just have to go try and turn it around.”

“We’ve wanted to do much better at home this season,” Pulisic continued. “Our away form has been great but at times at home it has been tougher, we’ve had some good games but it is just about the fact that we want to do it in front of our fans as well,” the US superstar went on.

“That is the thing you can’t [explain it] really. You’d think it would be the other way around. It is a bit strange. I guess I don’t know. Maybe it is just putting ourselves under a bit more pressure than we need to at home, who knows?”