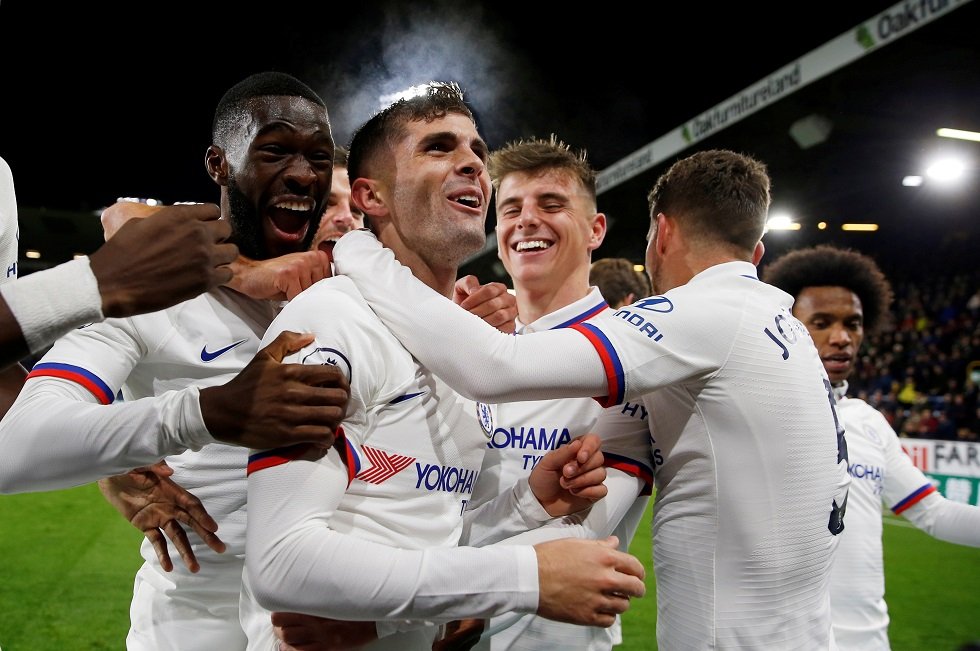 Frank Lampard believes Christian Pulisic did everything right in his first Premier League start for Chelsea since September.

The USA international wracked up the perfect hat-trick to put his team through a 2-4 win over Burnley last night.

“The way that he’s trained over the past few weeks and the impact he’s had when he’s been playing has said to everyone ‘here I am’ and what talent he does have,” Lampard said at his post-match news conference.

“I’m really pleased for him today, it’s what we need from all our attacking players – to be a threat, to play like that, to have a ruthless edge about how they finish. He showed the full package today.

“The first goal, where the waits, then a step over, then moves away from the players. That sort of thing is brilliant and I hope it gives him the confidence that it should do. I’m pretty sure that it will do.”

“I’m absolutely delighted for him,” Lampard added. “A lot of talk around Christian for the big price tag, for the fact he’s quite rightly a star in his country and plays for the USA so well.

“From my point of view, I’m delighted to see him do that today because I know the backstory, I know the pressures of a move like that.

“I also know he played for his country through the summer and had a one-week break this summer. Then you get the pressure of ‘can you settle in the Premier League’ so I’ve tried to deal with it in the way that I see best, which is to give him minutes.

“He fully deserved his start today and it was a fantastic match-winning performance.”