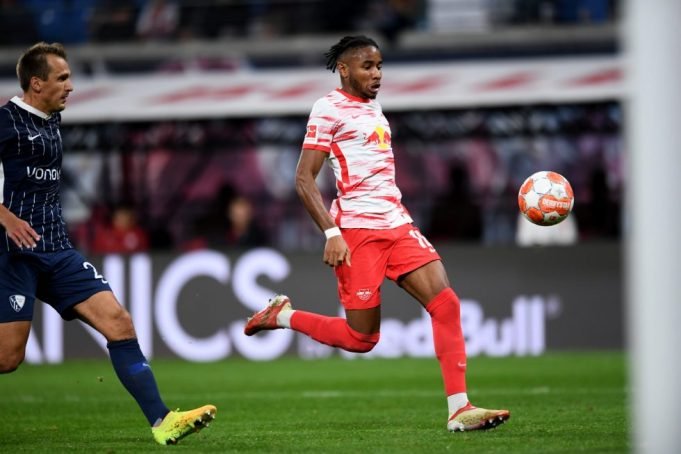 Nkunku traveled to Frankfurt in September to undergo an initial medical ahead of a future move.

Chelsea is now clear of their move for RB Leipzig forward Christopher Nkunku. The Blues really want to pick this player in Graham Potter’s setup. Nkunku is a player Graham Potter would ‘love’ at Stamford Bridge, according to journalist Robin Bairner.

Chelsea splashed more than £250 million on new signings during the summer transfer window but further investment may not be far away.

According to The Athletic, the 24-year-old is set to make the move to Chelsea at the end of the season after putting pen to paper on a pre-contract agreement.

The report goes on to add that Chelsea, led by chairman and co-owner Todd Boehly, are willing to pay above Leipzig’s £53 million release clause.

It was added that the France international traveled to Frankfurt in September to undergo an initial medical ahead of a future move.

Chelsea could be set for another boost too as journalist Simon Phillips has previously told GiveMeSport that Nkunku’s teammate, center-back Josko Gvardiol, would be ‘open’ to joining the West London club as well.

Bairner believes that a move for the Frenchman is as good as done with the club preparing to welcome their new recruit next summer.

The journalist told GIVEMESPORT: “I think with Nkunku, it seems to be there’s so much noise about it, it just seems to be a formality, I think. There have been so many reliable sources all agreeing on the same line, it seems Nkunku to Chelsea will happen. It’s a great move from Chelsea. Nkunku is the sort of player that Graham Potter will love, with his versatility.

“We’ve obviously seen him at Leipzig play effectively as a centre forward. But before then he’s played as an attacking midfielder, on the wing, slightly deeper in midfield if required. I think Graham Potter will absolutely love what he will bring to the team.”

Chelsea had a decent start to season 2022/23. They have won six games and lost three in 12 matches so far. Meanwhile, Nkunku netted 13 goals this term, taking his total tally for Leipzig to 60 goals in 155 games.