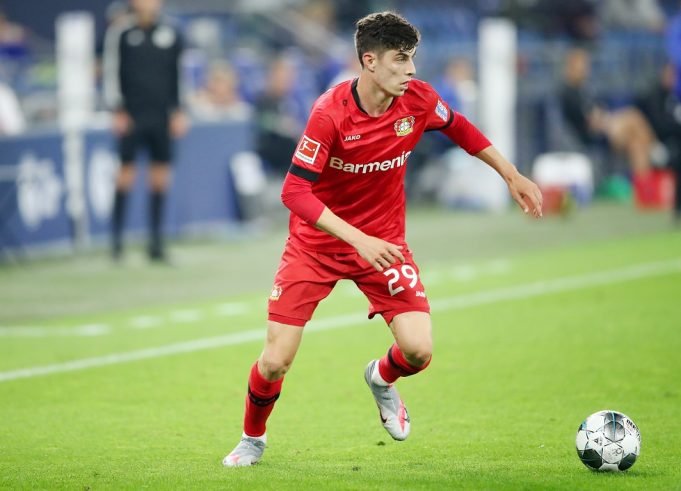 Bayer Leverkusen states Kai Havertz could stay unless certain conditions regarding his transfer are met.

This is worrying for Chelsea who were reportedly close to finalizing a deal last month itself. While a personal agreement was thought to be in place, both clubs were far off in their valuation of the player.

Havertz has attracted the interest of top European outfits like Bayern Munich and Real Madrid as well. He collected 18 goals in 40 appearances this past season and is valued at around €80 million by his parent outfit. Neither Real nor Bayern could arrange the funds to sign Havertz in the midst of this global pandemic.

Chelsea’s transfer ban last season along with the sale of key figure, Eden Hazard has left them with a rather large amount of cash to invest this summer. Frank Lampard has already reinforced his attack by bringing in Timo Werner and Hakim Ziyech. Havertz will definitely put them level in terms of talent with the Premier League giants like Manchester City and Liverpool.

At 20, Havertz also promises to be their attacking talisman for years to come. He is already one of the most prolific offensive threats in Europe and is developing at a meteoric rate. His callup to the German national side justifies that along with his great scoring numbers in the Bundesliga. The teenager can feature in a number of positions but will definitely be best suited in a number ten role at Stamford Bridge.

Bayer Leverkusen sporting director Rudi Voller told Kicker magazine, “No decision has been made yet. I’d like to repeat myself by emphasising that we’re talking about a wonderful footballer. We have a clear and mutual agreement with him and his representatives that he can only leave under certain conditions. There is nothing new in this regard. Otherwise, he will stay.”