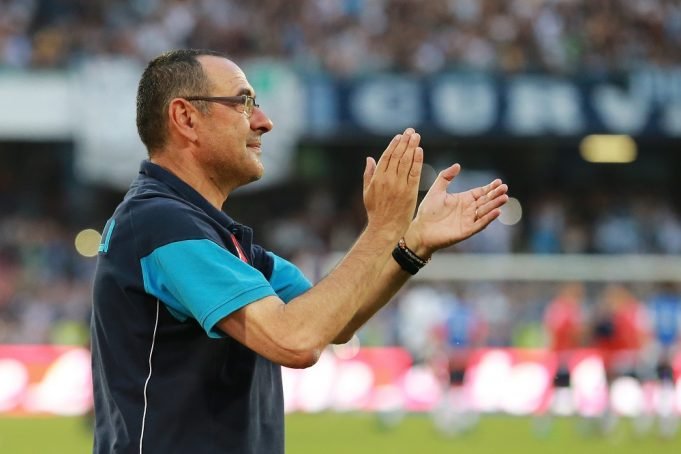 It was reported that Maurizio Sarri will raid his former club

He has been widely tipped to leave the club this summer despite his  3 year contract with them expiring at the end of the next season.

The Italian’s future has been under scrutiny since before the last season began, as he negotiated a pay-rise without extending his contract and complaints over the club’s transfer policy.

The speculations further intensified when the Serie A giants appointed Carlo Ancelotti as their new manager for the upcoming season. Though the 59 year old is still under contract with them, despite negotiations going on for past couple of months.

But the English side feel confident that they will land the coach and want to provide him with new additions. They have accelerated their transfer plans this week after direct talks with him.

It has been reported that once he is appointed he will raid his for former club. They have been linked with few players like Kalidou Koulibaly, Dries Mertens, Elseid Hysaj among the names.

Sarri’s delay in taking over as Chelsea manager is due to Napoli demanding he not try to sign any of their players, reports the Mirror . They do not want to lose both the manager and players in the same transfer window.

Read Also: Maurizio Sarri requests Chelsea to sign 4 players if he joins them