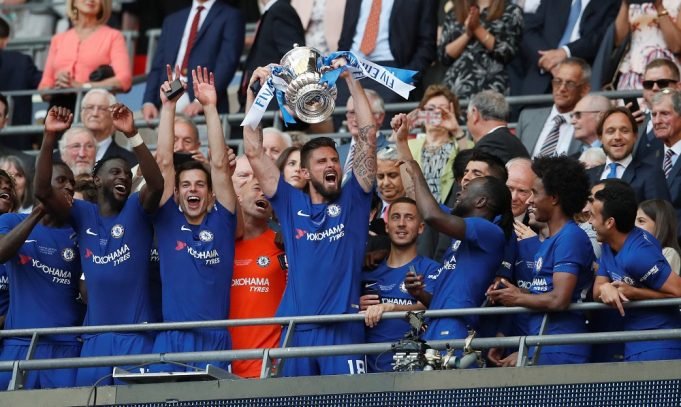 Liverpool, Arsenal and Manchester United have already been active in the transfer market this summer but the Blues are yet to make new signings. There is still uncertainty over the future of former Juventus manager, who has 1 year left on his contract.

Eden Hazard admitted that he was disappointed with last season’s campaign and is curios to know what the future holds for Chelsea next term.

“At the moment I only focus on the World Cup,” said Hazard at Belgium’s pre-World Cup training camp in Brussels as quoted by Sky Sports.

“We had a bad season with Chelsea. We won the FA Cup at the end – so it was a little bit better but I’m only focused on the World Cup.

“Then I let the board manage Chelsea the best way that they can.”

Asked whether his Chelsea future was linked to who is in charge at Stamford Bridge and players that might arrive in the summer, Hazard said:

“If we have something new – manager or players – it is always good to know it because I want players that can [help bring success back to] Chelsea next season. But to be fair the transfer market is not here [in full flow] yet. We will see after.