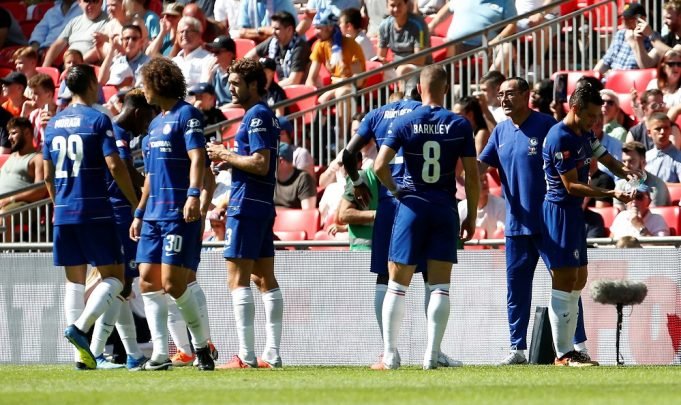 Antonio Rudiger has started in all the fixtures so far and has been very impressive. He has spoken on Sarri and revealed what are his expectations.

The centre-back told as quoted by Daily Star: “It’s nice to play under him. He expects a lot from everyone. He likes ball possession.

“He expects everyone to play and receive the ball. His philosophy is always to control the game and be ahead of the game.

“This coach works similar to the coach I had in Rome, Luciano Spalletti. They are quite similar, a lot of tactics and tactics in the way of offensive defending. I like it.

“Off the pitch he likes to laugh. He is easy going.

“On the pitch he is very focused. I would say he is a perfectionist!

“For us it’s important that so far we won all the games.

“We are improving. It’s not easy with a new coach, everything new, we need to adapt very quickly, especially in England, but we are doing well.”