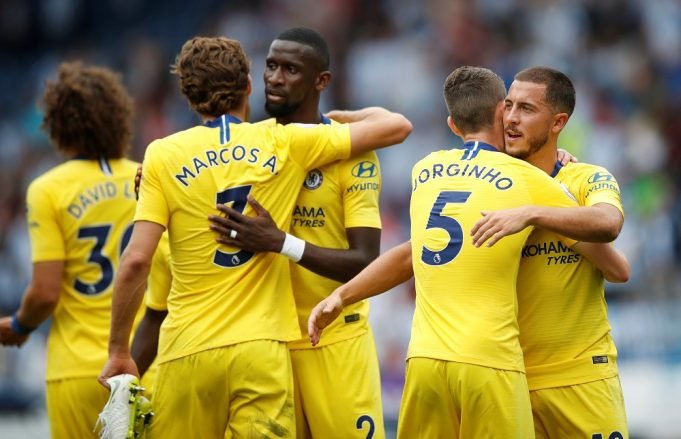 The 59 year old has brought players like Jorginho from Napoli, Kepa from Athletic Bilbao and Mateo Kovacic on a season long loan from Real Madrid during the summer transfer window. The Blues have also managed to keep hold of key players like Eden Hazard, Willian and N’Golo Kante.

Antonio Rudiger, who has featured in all the three games, believes Sarri’s approach brings out the best in Eden Hazard, N’Golo Kante and Mateo Kovacic.

Asked what is different to playing under Conte, Rudiger told ESPN: “Stop comparing. I don’t want to speak about the past. As you can see, we do a lot of ball possession and try to press high.

“For [the attacking players], it’s good because we mostly have the ball. It’s good for those players. To make those players defend is not their strength, especially Eden.

“But players like N’Golo [Kante] and Mateo [Kovacic] are a good mix.

“Those two players can attack and also defend as well.

“At the end of the day, the three points are more important because the performances will come definitely.

“If I [look at] this game and the game against Arsenal in the first half and the last 20 minutes, we’re improving.”

He added: ”That’s a good sign. It meant we are ready — it was a difficult game but in the end, with a bit of luck, we fully deserved this win.

“But if you saw the whole game, I wouldn’t say that it’s luck.

“Game-by-game I think it’s getting better and that’s our target. Before the internationals, we’ll try to win all of our games and then come back after and go on.”