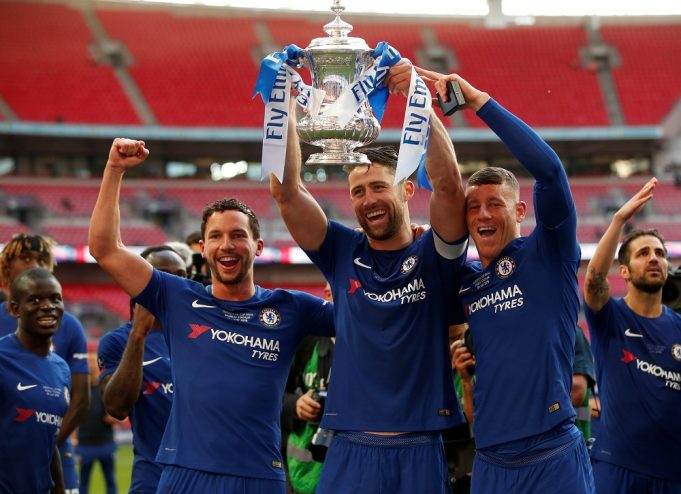 Gary Cahill was one of the important players for Chelsea during the 2016-2017 season in their Premier League winning campaign and has made more than 280 appearances for the club. Though he struggled to continues his form last season under former manager Antonio Conte.

The England international has fallen down the pecking order under new manager Maurizio Sarri as he didn’t appear in the first 5 Premier League games of this season. David Luiz and Antonio Rudiger were preferred ahead of him.

The 32 year was even left on the bench for the London Outfit’s Europa League opener against PAOK Salonika as they won the game 1-0. But since then he has appeared 3 times across all the competitions, started 2 times against Liverpool in the Carabao Cup and Videoton in Europa League.

However, the centre-back admitted last month he is willing to leave Stamford Bridge in the January transfer window if he doesn’t earn place in the first team under the Italian in the following months.

A reunion with former boss Jose Mourinho has been mooted, with the Portuguese still in the market for centre-half additions at Old Trafford. The 59 year old is yet to make a decision on his future and has told him to wait for a decision to be made on his future.

Cahill has hinted at second thoughts over January exit and could be prepared to stay at Stamford Bridge for the season.

The defender said as quoted by Evening Standard: “We won the Europa League in 2013 and it was an amazing night, an amazing feeling. I take those memories and think to myself, ‘I want to do that again’.

“This year, we are in the Europa League and we will try to win this. For me, it’s just about getting out there playing as much as I can.”

He added: “I’m ambitious in everything I do. That is never going to change. I’m excited to see how far this team can go.”

“I feel like I’m fit and in good form.