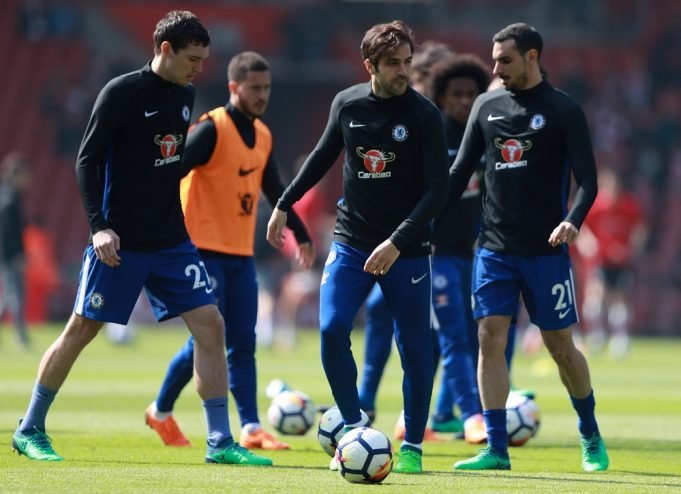 However, he returned to full fitness ahead of Liverpool clash in the Carabao Cup last week and started as Blues won the match, with late strikes from Eden Hazard and Emerson.

But the midfielder still faces fierce competition from N’Golo Kante, Jorginho and Mateo Kovacic in the midfield as the trio have been excellent so far this season.

However, Fabregas admitted that he is showing Sarri that he can count on him.

“It was a statement from all of us to the manager,” he told the Evening Standard.

“We are showing him that he can count on all of us. It was my first start of the season and a real test at Anfield as half of the team hadn’t played much.

“It was a big challenge because we didn’t have any rhythm. We have only been playing together in training.

“Up till last week, it has been difficult because the club has not been playing a lot — we were playing once a week so it’s easy for the manager to pick the same team, especially when it is doing well.

“But now we are in the Europa League, the EFL Cup and the League so there are a lot of games coming up and we will need everyone to be ready.

“I wish it never had to happen [playing in the Europa League]. I always said I never wanted to play in the tournament in a way because that would mean I was in the Champions League.

“But listen, you always have a first time for everything. Now that we are here, I hope that we can win it.”