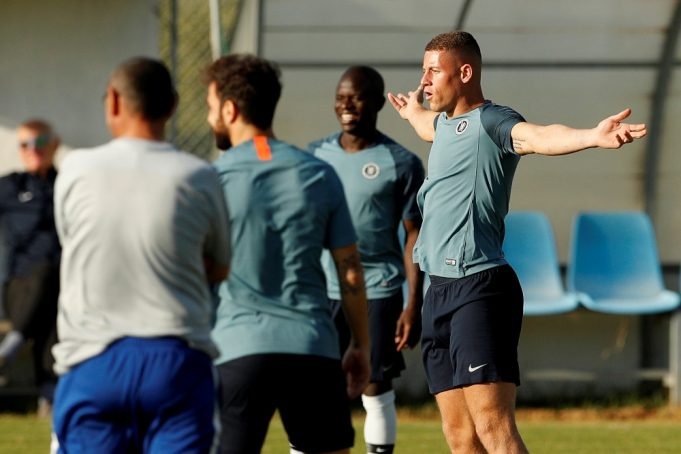 He has been impressive this season

The England International has featured in 6 Premier League games for the Blues this season and has been impressive. He started in the third round of Carabao Cup against Liverpool as they won the match 2-1, with late goals from Emerson and Eden Hazard after Daniel Sturridge opened the scoring.

Barkley believes Sarri has made him a better and wiser player. He expects to continue improving at a fast rate under our manager’s guidance.

‘I had a difficult time last season with a lot of injuries,’ he told club’s official website.

‘It was bound to be frustrating, but I was mentally tough as I have been with previous injuries. My focus was on here coming here and improving, and I believe even when I wasn’t playing games I was still improving in training and understanding the different movements of the players and getting used to them.

‘This season I have got a strong pre-season under my belt and now I am kicking on. I am feeling as fit as I have ever felt before.

‘Sarri has given me the chance to play and I have played, and I hope I have taken my chance.’

‘From a technical point of view, he is making me a better player,’ He added.

‘His philosophy is helping me a lot right now. Over the years I haven’t really been coached much, and I am at an age now where I understand football a lot more, and I know how important it is to take different tactics from different managers on board.

‘Our players are high up the pitch, he likes to press, and when we receive the ball we are closer to the goal to take shots and create chances, which is the way I like to play. Right now I am ready to understand every aspect of the game.

‘His style of play really suits mine, so I feel like as the season goes on I will show a lot more of what I am capable of.

Read Also: Maurizio Sarri admits Chelsea star is much better than he thought