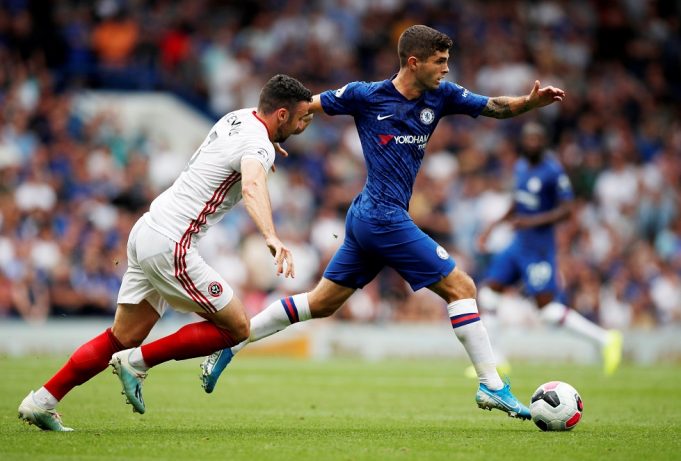 What will be the Chelsea predicted line up for their clash against Sheffield United?

Chelsea predicted line up vs Sheffield United will be tricky to tell. Lampard believes in his youngsters but he also needs to rotate his squad around. There are a few players injured especially in midfield while the defence has been caught lacking on several occasions.

In goal, we can expect Edouard Mendy to continue with William Caballero kept as backup. In the back four, Cesar Azpilicueta should return to his usual spot on the right while Ben Chilwell covers the left. Kurt Zouma and Thiago Silva have been trusting at the back so Tomori, Christensen and Rudiger should be backups.

Mason Mount has impressed since the season restart and has been making headway amongst the Blues faithful. He could partner up with N’Golo Kante and Hakim Ziyech next to him to make it a midfield three.

Tammy Abraham provides good support in the front line with Timo Werner on the left and Christian Pulisic on the right.

Frank Lampard is very pleased with the recent partnership between Silva and Zouma at the back. They have kept five clean sheets in five starts together now!

Christian Pulisic was one of the top stars in the past few games and impressed. He could be back for this tie after sitting out the last two

The Blues are on high spirits, beating Krasnador, Burnley and Rennais and keeping  5 clean sheets consecutively.

After a very poor run of 4 games, Sheffield will want to turn things around at the Bridge.

Tonight’s match is the 83rd meeting between Chelsea and Sheffield United. The Blues have won 38 games while Sheffield have managed 28 for themselves and the other 16 ended as draws.

See all Chelsea vs Sheffield United Head To Head results.