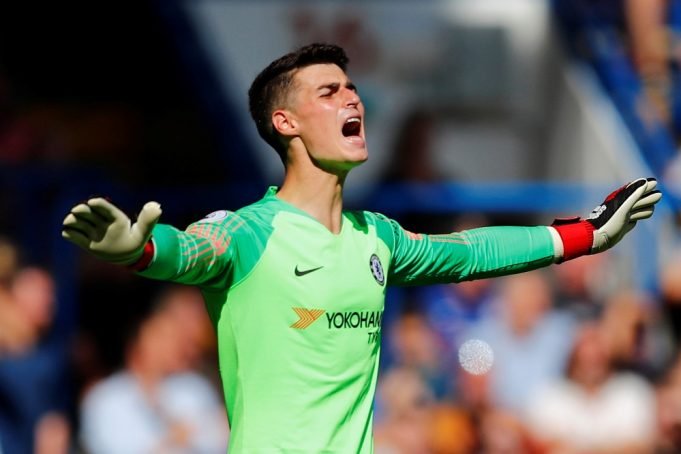 The Spaniard became the world’s most expensive goalkeeper this summer

Chelsea signed Kepa Arrizabalaga from Athletic Bilbao this summer transfer window for £71 million which made him the world’s most expensive goalkeeper, overtaking Liverpool’s transfer fee for Alisson Becker.

The Spaniard was the second summer signing under new manager Maurizio Sarri this summer and was brought in as a replacement for Thibaut Courtois. The Belgium International forced a move to Real Madrid as he wanted to be closer to his children.

The Blues have started this campaign in a brilliant way, winning all the 4 Premier League fixtures so far and only 1 of the 3 teams to do so, Watford and Liverpool. The 23 year old has been impressive too, started every match and keeping 2 clean sheets in the process.

Club’s right-back Cesar Azpilicueta claims the is happy that London outfit has brought Kepa and admits that he has amazed by the goalkeeper’s attributes. The defender has backed him to become a top goalkeeper.

“He’s a young goalkeeper, a top man, and I know him very well from the national team,” the Spain International told Chelsea’s match day programme, as quoted by Goal. “He is very talented and has a great personality and I think the only way he can go is up.

“He will keep on improving, he has a lot of his career ahead of him and I was very happy when he signed here because he can give a lot to this team. He can play with his feet, he can manage and control the defensive line and he is very agile and mobile on the line, so I think he has all the attributes to be a top goalkeeper.”