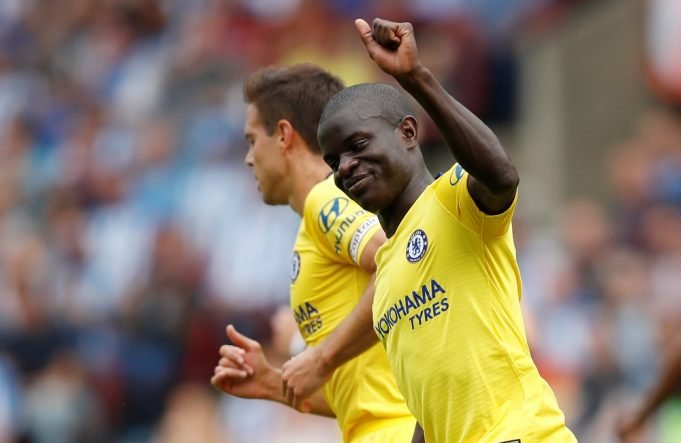 N’Golo Kante could be the latest player to commit his long term future at Chelsea.

The French international has been the most influential player since his arrival at Chelsea and had an imminent effect at Stamford Bridge as his immense contribution propelled the club to the Premier League title in the 2016/17 season.

Kante has been offered an improved contract which could make him the highest paid player at the club but the player is yet to agree to the terms. The World Cup winner currently takes home around £150,000 but the club hierarchy already proposed a significant pay rise in the tune of £290,000 per week.

Maurizio Sarri’s arrival at the club saw the player taking a much advanced role in the midfield with Jorginho being the deepest midfielder in the new system. Kante has seamlessly adjusted himself to the new condition and has featured in all the matches in the Premier League.

A number of clubs with the likes of Paris Saint Germain have been monitoring his situation and might launch an attempt in future. Although the player does have a lengthy contract till 2021 but the Blues don’t want to risk losing him cheaply.