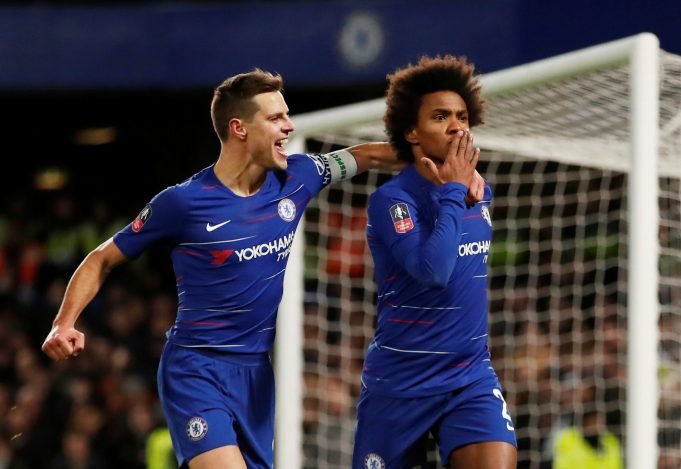 According to the latest reports, Willian is unhappy with the 1-year contract offered to him by Chelsea and could on his way out of the club.

The Brazilian winger who turned 30 last year in August wants a minimum of 3 years in the new deal. He only has 17 more months left in his term with the Blues with interests chiming in from Paris Saint-Germain over the past month.

Willian still holds an important role under Maurizio Sarri, having made 24 appearances this term. However, the former Shakhtar Donetsk player has been inconsistent in his duties of late. He has contributed with 3 goals and 4 assists this term, totalling his tally to 51 and 46 in as many as 253 games for Chelsea.

Roman Abramovich has introduced a policy at Stamford Bridge that no player over the age of 30 will be offered more than a year’s worth of a contract. This has already caused some tension between David Luiz and the club and now it has upset yet another one of their veteran players.

Willian has served the South West London outfit for almost 6 years now, maintaining his starting role under various managers. He might have not reached the elite status that fans expected him to be at but he has still be crucial in the club’s success over the years.

It will be a shame to lose him next summer especially without any real depth from the benches. Callum Hudson-Odoi is still being heavily pursued by Bayern Munich and Eden Hazard is touted to leave for Real Madrid on a massive transfer fee.